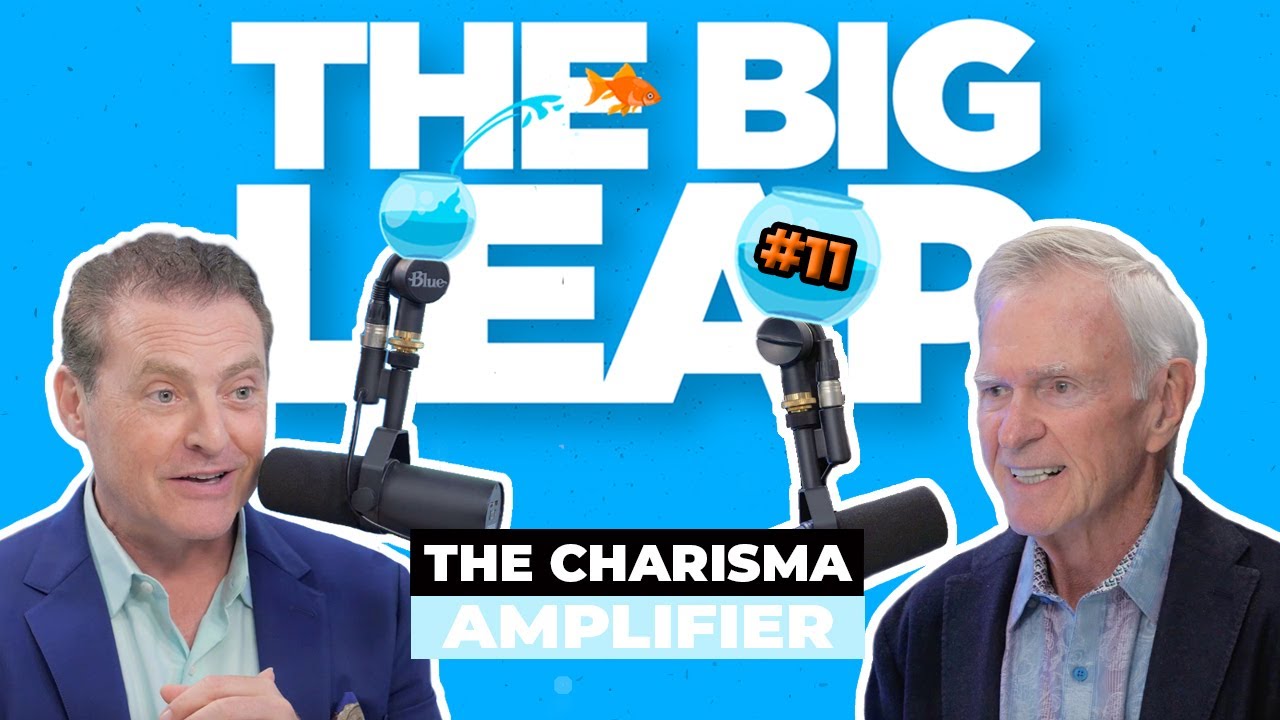 That’s where you’d be wrong… Charisma CAN be a learneed skill!

But how do you develop it? What do you have to let go of in order to open up to the kind of charisma that makes people really want to be around you, even if you’re not there?

That's precisley what Gay Hendricks and Mike Koenigs are talking about this week on The Big Leap. They’re also going to cover something they are both super interested in and that’s how you can turn ON your charisma for the stage, meetings, video, and sales all while remaining absolutely authentic and true to who you are.

And yessssss….this works virtually, on Zoom, Skype or whatever your favorite virtualized platform is…

Understand that all the world's a stage and you have to become an embodied being and great entertainer if you want to influence people and create massive impact.

They’ll give you some very fundamental principles and share some great stories from their professional and personal lives, plus Gay and Mike discuss who they think some of the most charismatic people that have ever lived and deconstruct their core character attributes.

Gay and Mike are both super fascinated and interested in the idea of “celebrity” and people who have that “it factor.” You've heard it said many times before, when a famous actress or actor walks in, they suck the energy out of the room. You could feel them the moment they walk in. They’ve both witnessed it.

Our goal is to understand exactly what “IT” is and if it’s possible to cultivate and replicate it.

Mike knows how he can activate his and Gay definitely has the ability to charm and seduce as well. But how do you turn that special thing on? Cultivate, curate and express it?

“It Factor” has to do with not only what you're putting out into the world, but who you are inside.

Gay shared a great story about charisma about his good friend, Leonard. Leonard went to a party with his wife who is a nurse supervisor at a big hospital. They were going to meet a lot of people that his wife knew but he didn't. He made the decision ahead of time that instead of saying anything about himself at the party, he was going to listen to people and reflect back to them what they were saying. He put his attention on listening rather than talking.

He “actively listened” to person after person at the party. Somebody would be talking about something they were very enthusiastic about and he’d say “Tell me more!”

Here's the funny thing that happened. Leonard is not the most charismatic guy in the world. You wouldn't pick him out of the crowd but on Monday after the party people kept coming up to his wife at work and saying, “your husband… he really has something! He's so charismatic.”

This was all based on a conscious move that Leonard made. He was helping people reveal their magnificence rather than talking about his own magnificence and as a result, they then projected that back onto him.

The big question is… can charisma be taught? What do you have to do to learn that kind of thing?

In this episode you'll learn what you need to do to bring forward your natural charisma plus more of Gay and Mike's personal stories!