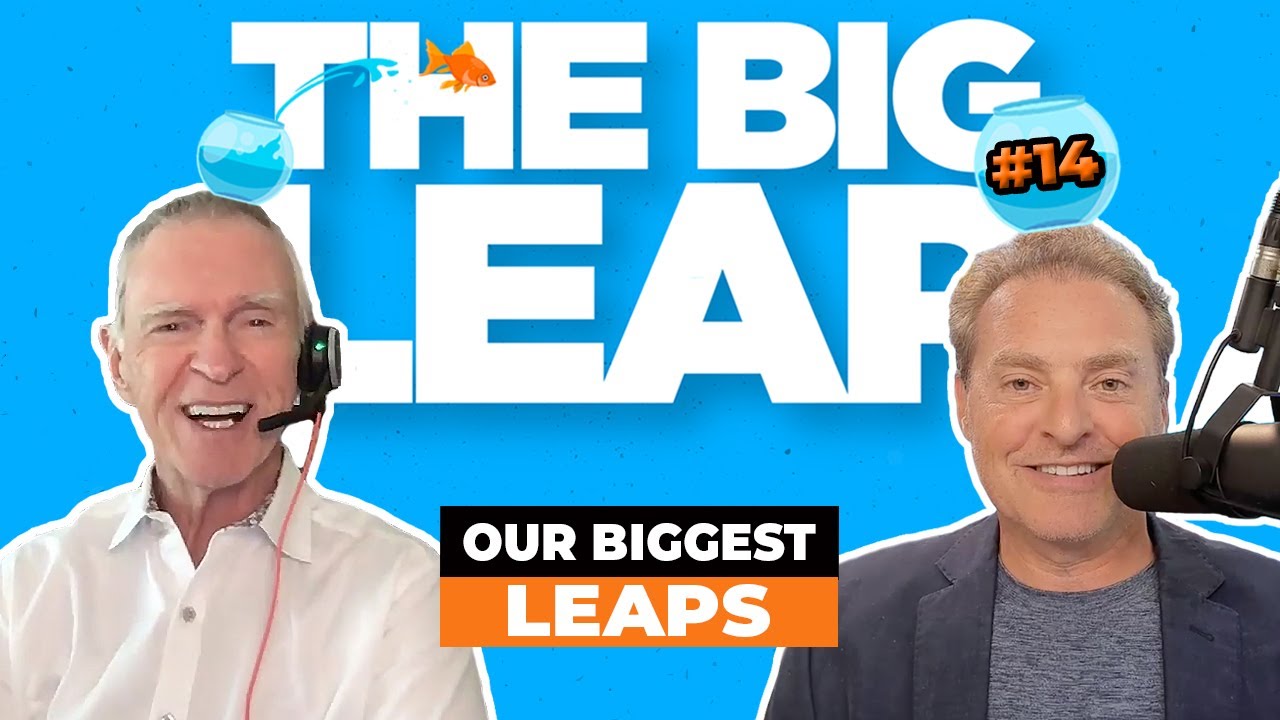 Imagine being on your deathbed years from now, looking back at your life, and having the satisfaction of knowing it was a COMPLETE success.

What would be the number one thing, above all else, that made it great?

That’s the question we ask and answer in this episode of The Big Leap.

Gay and Mike are going to examine a really powerful subject through the personal lens of some of their own biggest leaps.

Gay and Mike have both had moments in their lives without which neither of them would be here and certainly wouldn't be as successful. They're going to be exploring in detail what made those possible and how you can use those templates to make big leaps of your own, this week on The Big Leap podcast.

Let’s talk a little bit about Gay’s book, “The Big Leap” and the intention and purpose behind it. Especially for those who aren't familiar with the basic backstory because it will provide a great frame for where our biggest leaps came from. They're going to turn back the “wayback clock” and craft lessons and learnings to design and develop your best Big Leaps.

The Big Leap is about two major concepts:

In both Mike and Gay’s experience in working with hundreds of people over the last few decades; people are only happy when they are fulfilled themselves while providing the space for others to experience fulfillment at the same time.

It’s impossible to make a great life out of just the intention to be happy. If you make an intention, not only to create happiness for yourself, but for other people too… if you can make your life be about your own success AND providing success for other people… that's life at its best.

Gay’s life purpose is to expand every day of his life in love, creativity, and abundance while inspiring other people to do the same. It's been his purpose since he chose it in 1977 and it’s very fulfilling for him because it's part of HIS Genius Zone.

He spent about 20 years collecting examples of how people sabotage themselves, then move through it and break free to get into their own genius zone. The Big Leap book is the result of that research and out of the 46 books that he’s written, this is the one that brings in the steadiest daily stream of “thank you for writing this book.”

To hear more personal stories about where their Biggest Leaps occurred including Mike working through some of his biggest traumas and fears and how he built false stories around some deep, multi-generational wounds about running out, not having enough or being enough, listen to this episode!