Our Biggest Mistakes and What We Learned From Them 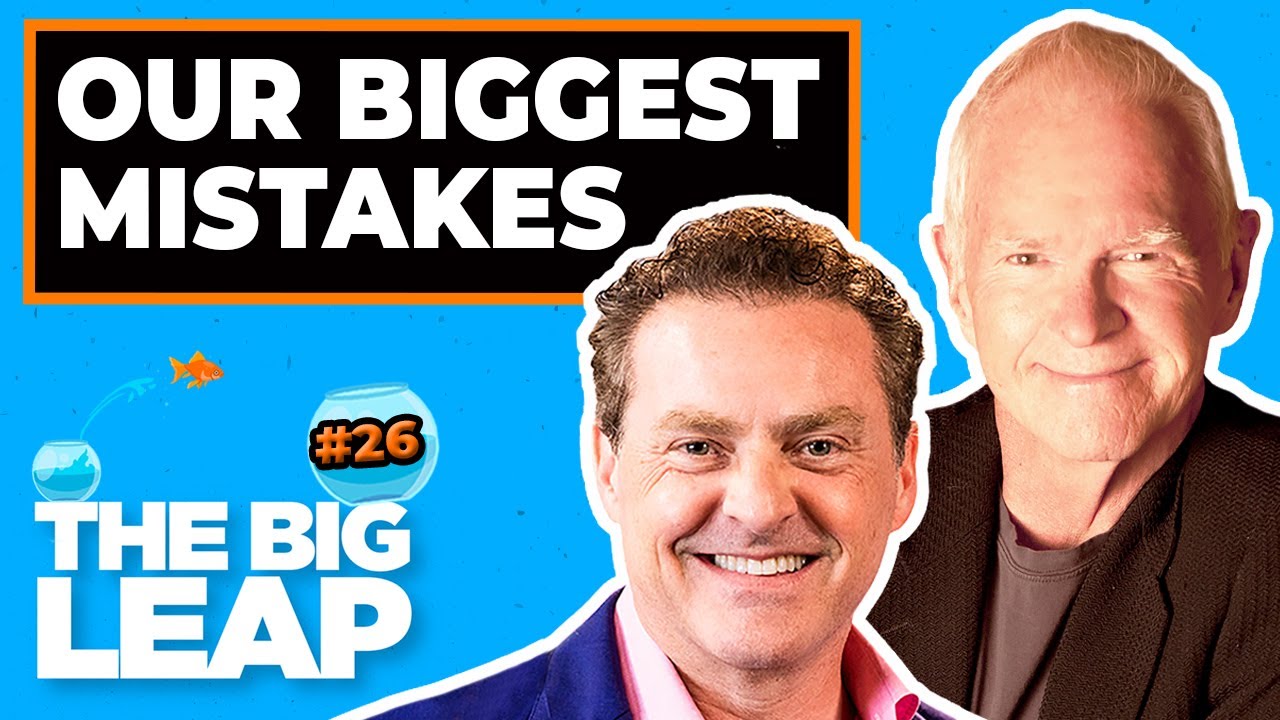 Have you ever thought to yourself, “Man, all of these super successful entrepreneur, millionaires have it so easy. They must have made all the right choices to get where they are.”

That is a MAJOR misconception. We don’t know one successful millionaire or billionaire who doesn’t have a crazy story about “getting there.”

Mike and Gay are successful entrepreneurs.

Between the two of them they have about 80 years of experience and have both made over 100 millions dollars combined, and helped thousands of people.

But it wasn’t without lots of bumps and bruises along the way. They are, by no means, “perfect,” and have made loads of mistakes on their roads to success. (Some of them REAL DOOZIES!)

That’s what this episode is all about. The mistakes they’ve made and what they learned from them. This is a VERY revealing episode. They get into some deeply personal stuff that they’ve never talked about until now. You’re going to want to hear this.

So if you’ve ever felt like you have to be “perfect” to be successful… keep reading and make sure to listen or watch on YouTube.

Let’s start with big personal mistakes… Gay has been married to his beautiful wife, Katie for many, many blissful years now but it wasn’t his first marriage. And the fact of the matter is, he’s done a lot of work to NOT consider his first marriage a giant mistake but rather a giant blessing. (Truth be told he says he’s only about 75% there even though it happened 50 years ago and he still has arguments with her in his head!)

Gay’s grandmother was a huge influence in his life and died when he was just 22 years old. At the time, he didn’t realize how emotionally devastated he was by her death. He was super intellectual, overweight and wore thick glasses, completely unprepared for a deep relationship but ended up marrying an older, wealthy woman.

It was doomed from the start.

He was working his way through college as a disk jockey on the radio, promoting and managing bands and making tons of money, until one fateful winter storm changed everything. He lost it all, was flat broke and emotionally devastated.

Left with nothing but his marriage, Gay realized he had gotten into the relationship to distract himself from the grief of losing his Grandmother. Needless to say the relationship ended and Gay found his true calling (psychology) changing his life forever.

For Mike, growing up, he hated the town he was from (Eagle Lake, MN) and ONLY cared about getting as far away from it as possible. When he turned 18 and was finally free, he enrolled in a technical school and took off in my crappy little car with NO BRAKES. That didn’t work out so well. His dad rescued him by loaning him $1,100 to buy a 1976 Honda Civic.

Mike had never done any kind of drug in my life up until he left home but shortly after he tried smoking weed. His first experience was mind expanding but his SECOND was… devastating. He ended up in a mental ward having a full-blown nervous break-down with my parents and a priest thinking he was somehow “possessed.” Yikes!

Long story short… Mike's parents never beat him up about it, he learned from it and ultimately got his act together. That experience could have killed him… but he didn’t let it.

Since then he's had a bunch more potentially devastating experiences that could have ended Mike (including a divorce from my high-school sweetheart and stage-4 cancer) but it’s all about taking those experiences, LEARNING from them and doing something different.

To hear more stories about their biggest mistakes including how poor business decisions and partnerships cost Mike millions PLUS a pretty cool story about how Danielle Day Lewis changed his “out of control” life by spending 2 years as an apprentice to an Italian shoe cobbler, listen now and don’t forget to share this with someone you think will benefit from these stories.