How to Create Profitable Collaborations 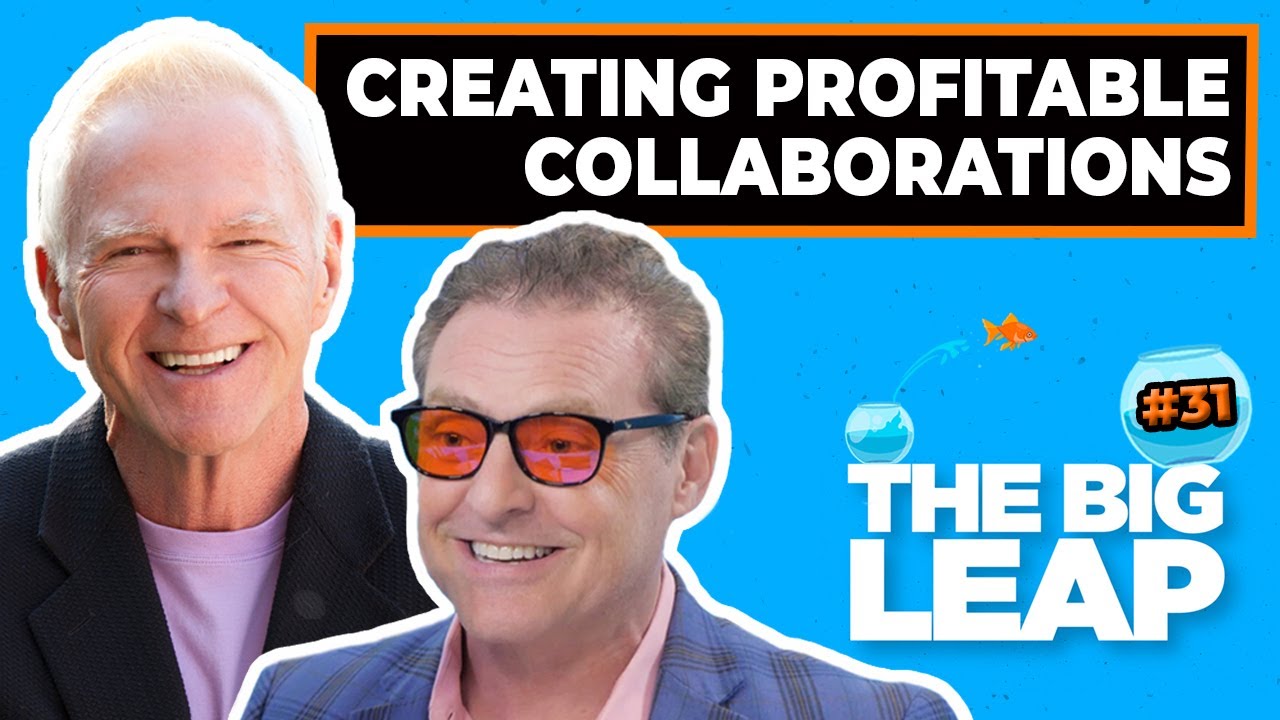 The definition of collaboration is: “a working practice whereby individuals work together for a common purpose.”

When collaboration is great, (whether it’s business or personal) it’s just about the best thing you can do with the lights on. 😉

When collaboration goes badly… the results can be disastrous.

Today Gay and Mike are going to tell you about the collaborations that changed their lives… for better or worse.

They'll give you a “checklist” on how to create great relationships and collaborations that are profitable. Ones that allow you to express yourself fully, and prevent you from falling into dangerous pitfalls that they’ve both lived through.

More importantly, if you’re currently in a challenging collaboration, we’ll show you how to get out of it, so get comfortable and make sure to listen or watch us on YouTube.

One of the great things about a profitable collaboration is, if you match with the right person, you can build an amazing business, create profound wealth, and expand your consciousness dramatically.

On the other hand, collaborations can reach a point where they don't make sense any longer.
Maybe you hit a point of resentment, or overlap of talent, or one partner is taking too much. Whatever that challenge is, you know it’s time to retire the relationship.

Early on in Gay’s career he experienced a bad collaboration with the co-author on his first book.

One day he was sitting in the back of his daughter's classroom when she was in the first grade. He noticed the teacher ate up a tremendous amount of time getting the children centered and in a learning place after they'd come back from recess so he wrote a little book called “The Centering Book.”

He developed a partnership with another writer named Russell Wills who had some really interesting educational stuff from an anthropological perspective that he wanted to have in the book. Gay took him on as a co-author and ended up giving him half the royalties. 😫

Russell turned out to be a person with the inability to keep agreements and it drove Gay nuts because he’s a very precise guy. After many attempts to get his stuff into the book, Gay had to take a weekend of his life writing a few chapter using Russell’s notes. The book ended up being 98% of work Gay had to do himself.

They ended up maintaining a modicum of a friendship but he certainly never hired Russell for any other projects. Gay calls this a “persona interlock” and a case of bad hiring.

Collaboration is an art form. In contrast to his awful, first co-author collaboration, Gay has written 10 books with his wife Katie, without a single cross word between them. They adhere to the principles they teach. Talking honestly, sharing feelings,and if somebody's got something they're angry about, they talk about it.

One of Mike's first collaborations was both the best and worst he's ever done and it had to do with blurry lines.

In his early 20’s he met a guy named Dean Hyers. At the time Mike was writing video games and animation. Dean and his brother were making feature length science fiction movies.  They hit it off immediately and became like brothers. They decided to make movies together and created “Digital Cafe.”

We were one of the very first digital marketing agency agencies in the world.

Mike ended up being the linchpin between them. All he wanted to do was keep the peace. Mike hated confrontation and didn't know how to manage it. He did his best but both of them talked about each other and the tension grew and grew. It left a bad taste in everyone’s mouth but there is a happy ending. They sold the business, they made a movie and Dean and Mike are still friends today but they don't do stuff together anymore.

Here’s a checklist that Gay and Mike feel make for great collaborations that produce monumental products: