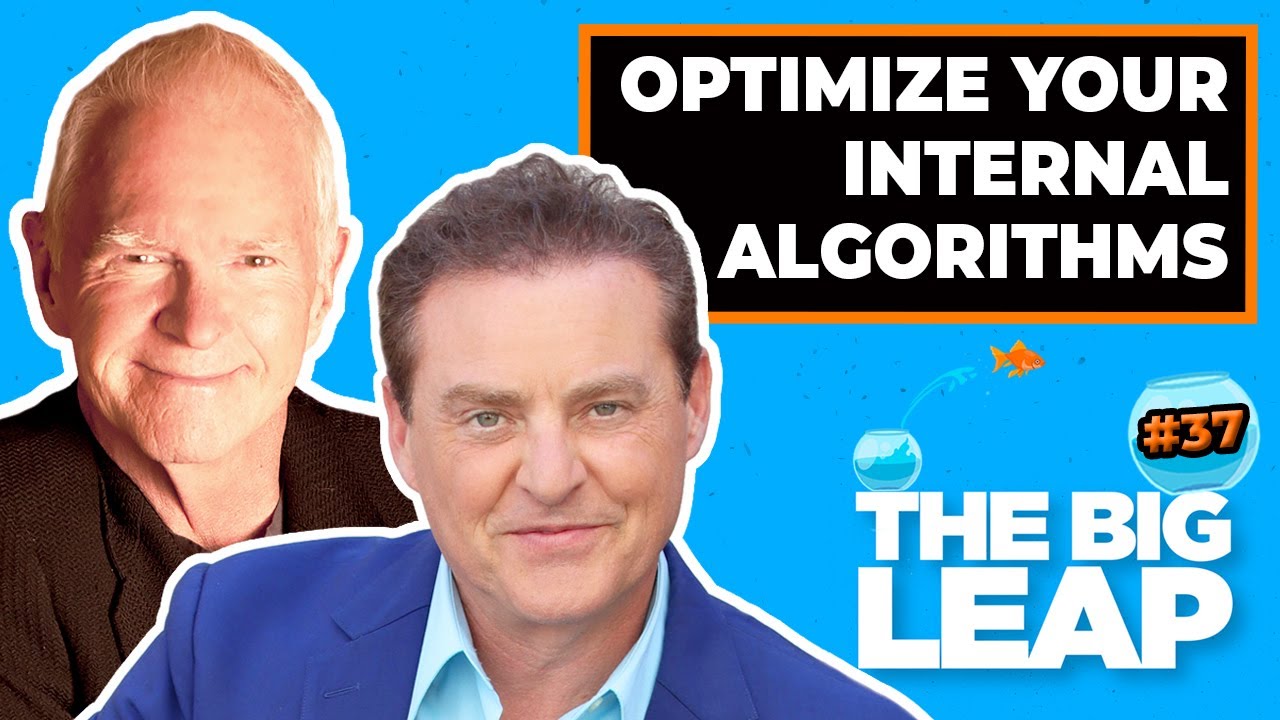 Unless you’ve been living under a rock you’ve probably heard the term “Algorithm.”

What IS an algorithm?

Think about it like a computer program. It’s a set of instructions that you follow in order to get a certain outcome with a certain input.

Today Gay is going to tell tell you about two algorithms that can completely change your life. (Neither of them have anything to do with computers. We’re talking HUMAN algorithms)

One is called the Epictetus algorithm, and the other is the Einstein algorithm.

These algorithms will benefit every relationship you're in, including the one with yourself.

You'll learn how to execute both of them to make your whole world look a lot different and genuinely BE better in every way so make sure to listen or watch.

Each of us needs a really simple way to do two or three big things in life.

One is, how to feel good INSIDE by learning how to let go of the things that bother you so you can slip back into an easeful, centered state of being.

The second is learning how to get in a flow of useful communication with other people.

This is where Gay’s two human algorithms come in.

The Epictetus algorithm has to do with letting go of trying to control things that are not within your power to control.

The Einstein algorithm has to do with opening up and loving the things that are hardest to love, thereby releasing an enormous amount of creative potential.

Epictetus lived about 2000 years ago, (around the time when Jesus was teaching in his part of the world.) and was running a pagen school in Rome. He taught things like physics and biology rather than theology. It was where all the smart kids went.

Epictetus was an ingenious teacher who taught these aphorisms that his students collected in a little book best translated into “The Art of Living.”

If you don't remember anything else about Epictetus, remember, this… he’s the guy that came up with the idea that's in the Serenity Prayer. The first line of his book goes something like this. “The secret of happiness is knowing that there are things you can control and things you cannot control.”

If you apply that idea to any situation that you're stuck in, it’s a simple way to get a good flow of creativity going.

When people think of things they don't have any control over, they're worrying about things that happened in the past or might happen in the future, or what somebody thinks of them. We have no control over any of these things.

When human beings get tied up, in trying to control things that are not within our power to control, we turn on the stress chemistry in our bodies. Our muscles get tense, our heart beat speeds up, our mind fills with unproductive ideas and we generally make ourselves miserable.

If we can get in the habit of asking ourselves, “what am I trying to control that's not actually within my power to control?” you can “unhook” you from a lot of the wear and tear on the stress machinery in your body. The moment you let go of trying to control it, your body relaxes and you open up a new space for creativity to move through.

Gay’s new book, “The Genius Zone, (out in June this year,) talks a lot about the Epictetus algorithm. There are a set of processes in the book that will enable people to do this thing he calls “unhooking.” The moment you unhook, you free yourself and once you get good at it, you can execute it in a split second. It's a very useful thing to know.

When Einstein was asked to explain his theory of relativity to a junior high school student he said, “a minute sitting on a hot stove goes by like an hour, but an hour with your beloved goes by like a minute.”

What Einstein was saying is that if you can be with your fear, or your anger, or sadness, without trying to change it or make it go away… JUST BE WITH IT, that's the magic moment in which love enters the equation.

It's the moment where you open up and love something as it is instead of censoring or being afraid of your fear, or your anger, or sadness, or another person's anger or sadness. It's that moment of accepting it as an equal that's the essence of what Einstein was trying to get at.

To hear more about Gay’s Internal Algorithms and a tool he calls “one of the most powerful things any human being can get good at doing.” PLUS a really cool story about how he was one of the first people to mountain bike through Tibet interviewing Lamas, listen now or watch.