How to Get into Your Genius Zone 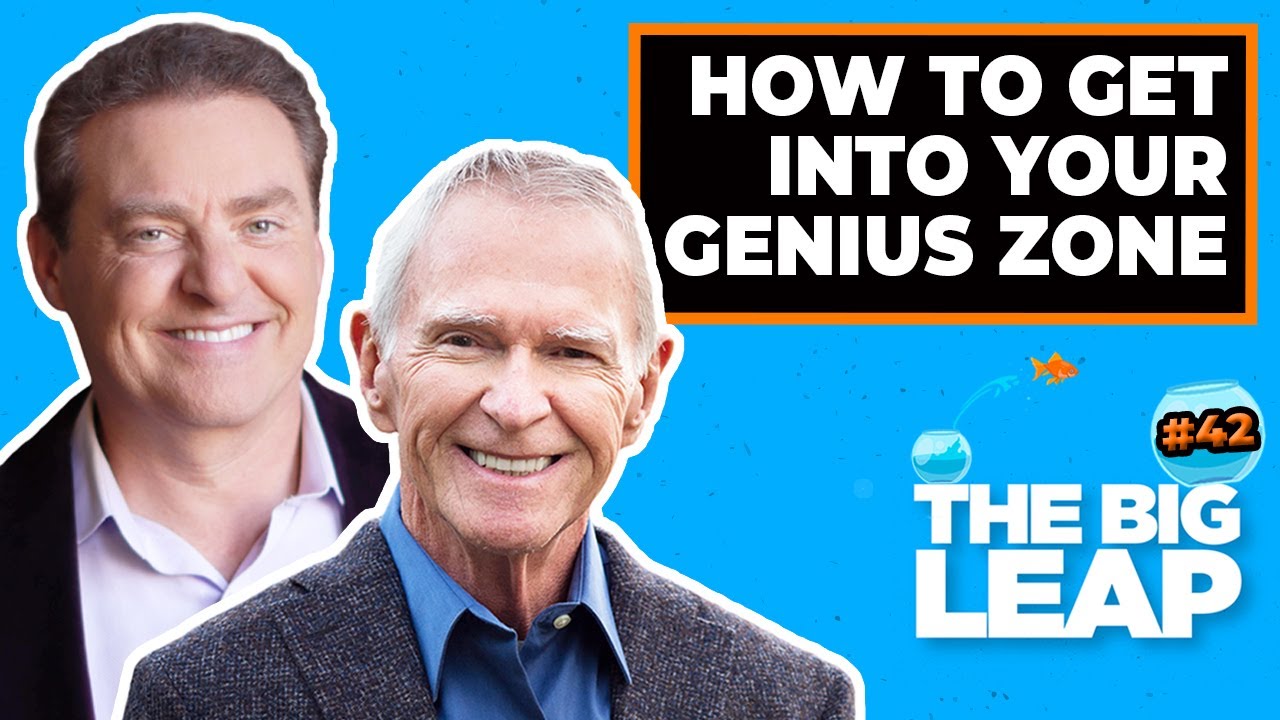 Today we have a SUPER EXCITING episode.

The Genius Zone completes a way of thinking that The Big Leap started.

If you’ve followed Gay’s work, you know that he’s most famous for his book, The Big Leap.

The Genius Zone is a sequel to The Big Leap, and continues the work Gay presented.

We’ll talk about what’s different about the new book and why Gay has continued to evolve and develop.

Make sure to listen to the whole episode and when you buy a copy of Gay’s book, you’ll get a free 15-minute audio meditation of key affirmations.

People often ask Gay how long it took him to write The Big Leap. He thought about it for 30 years and when he finally sat down to write it 12 years ago, it took him a year to write.

His work has continued to evolve over the last 12 years having worked with thousands of people and he began using different techniques that were more time efficient.

Since we live in a much faster paced world, we need to get results quicker.

As he began to use these new tools and techniques, he realized he had to write a sequel to The Big Leap so after 10 years of thinking about it, he sat down this past year, and wrote The Genius Zone.

The book is about how to make the moves that allow you to LIVE in your genius zone rather than just poking your head in from time to time.

It's kind of like hawks. Gay oftentimes sits in his backyard and watches the hawks fly over head using so little effort because they know how to ride the wind currents.

They look like they're doing nothing but they make big, swooping turns by making tiny adjustments.

The Genius Zone is the equivalent. It shows you how to make the little adjustments you need to make from day to day that keep you in your genius zone ALL THE TIME.

Another big topic that Gay talk about in the book is overcoming negative thinking. It doesn't matter where you are in your life, we all suffer from it and if you don't think you do, it's probably because you're not paying attention to it.

The breakthrough moment is when you find a way to stop a train of negative thought in its tracks. The second level is to stop them from appearing all together.

The fact is that 99% of your thoughts, (especially worry thoughts,) are recycling loops left over from situations in life that never quite got resolved. Roots that can sometimes go back to before you were born.

A good example that both Gay and Mike have struggled with in the past (and Mike's embarrassed to say, his not so recent past) is limiting beliefs around money.

Both Gay and Mike were both raised in households that didn’t have a lot and that carried over to our adult subconscious. Recognizing the pattern is half the battle but the moves that Gay covers in the new book help you bring that negative thought stream to an end.

Tune in to the whole episode to hear more about how to get out of your negative thought loops, plus how IMPORTANT it is to pay attention to your breathing and learn about something Gay calls LSD breathing.

Make sure to be on the lookout for our next episode. It’s a follow up to this one about getting into your CREATIVE genius zone. They’ll talk about how to spot and find opportunities and staying in your creative zone using some of the strategies from the book.

They’ll also talk about an opportunity they call “The Big Leap Experience.” It’s an opportunity for people to get into their Genius Zone and learn the moves that allow them to stay there for 90 days.

This is SO exciting because in all the years that Gay has been working on The Big Leap and Genius Zone he’s never done a big training on it.

Mike and Gay been working on this training together for the last year.

It's going to require people to take a stand for themselves because to put yourself in that kind of an environment is extremely transformative. It's profound and we've both got a lot of attention going into it.

This the first and last time that Gay will be doing something like this in this format. It’s a ONE TIME ONLY EVENT.

Get a Copy of Your Genius Zone Book www.GeniusZoneBook.com When you do, you’ll get a free 15-minute audio meditation of key affirmations.