Fear of Death, Running Out, Not Having Enough, Not Being Enough 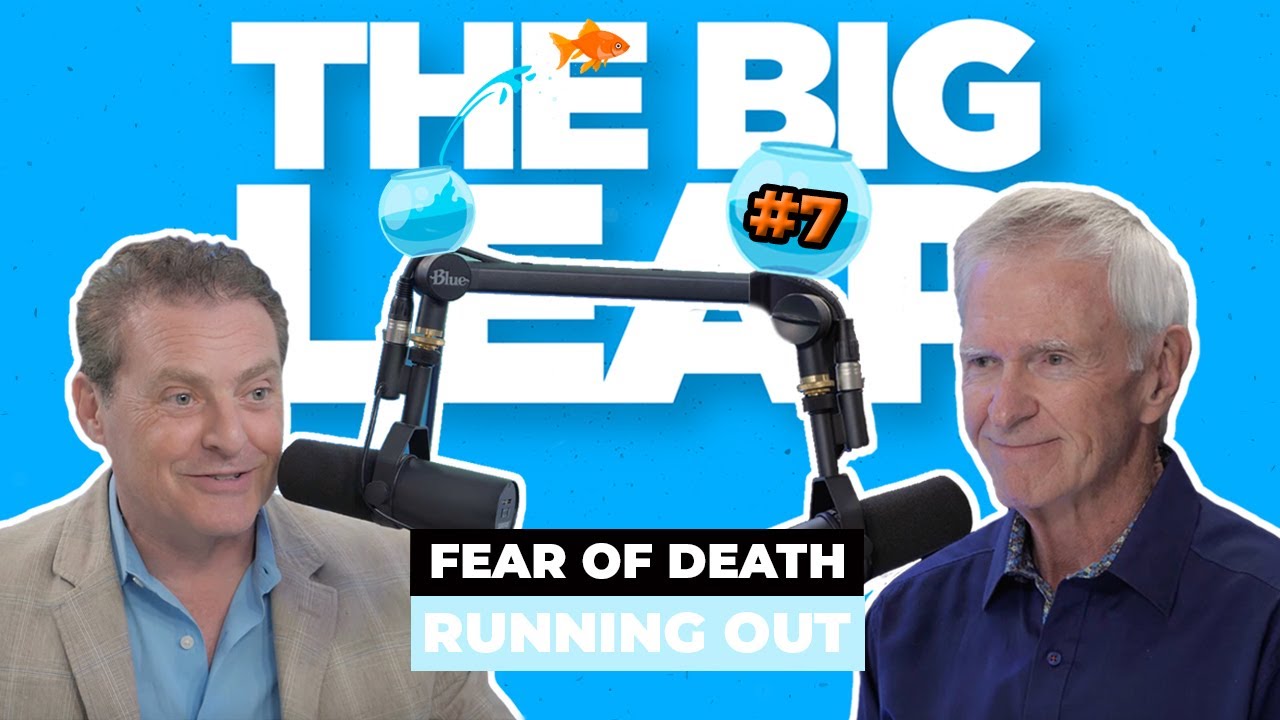 What are you afraid of? I mean, what REALLY terrifies you to the core? Is it dying? Being alone? Not being “enough”? Running out of money or even worse… not being useful or loved?

Living in a constant state of fear is really not living at all.

What if you could get out of fear FOREVER, though? How would that change your life? What would you do with your time? How would you spend your money?

Would you go skydiving? Tell that person you love them? Build that business? Make the move into the home of your dreams? What’s the biggest risk you can imagine taking?!!

Without FEAR your life and possibilities are ENDLESS.

On this episode of The Big Leap podcast, Gay Henricks and Mike Koenigs discuss the fear of death and how it has a direct relationship to how connected to openness and your creativity can be. They both come out of the same toothpaste tube. Most people are scared of their own creativity because you have to go through a layer of fear to get to the good stuff and the biggest chunk of fear has to do with the fear of dying.

We're not just talking about dying like when your physical body disappears but the death of old ideas that you have about yourself and the death of your ego. (the little ball of activity that goes on in your brain all the time about survival and succeeding)

But it’s important to get comfortable with the idea of death.

Gay says “you can't avoid the void.” At some point you have to open up to the void, because that's where your creativity is coming from and for many people, “void” means death so getting comfortable with dying in every moment actually opens you up to living in every moment.

Do you love deep thoughts and ideas?

Mike's going to share something here that he definitely never talked about publicly. Recently he chose to participate in a psilocybin experience in a ceremony with a group of people. He had never done “magic mushrooms” 🍄(psilocybin) before because he was terrified of doing it.

Mike slid into the primordial ooze and felt a profound release and relinquishing.The biggest thing that came into his mind as he oscillated between the physical and energetic realms was, “wow, what an old familiar place. It felt like forever.”

So as he's becoming part of the forever and he can remember emerging out of it feeling, this is so beautiful to come from forever and still have retained his identity in between. He didn't go so deep that he lost all of who he was, which was the fear of death.

Death is something he's no stranger to. Seven years ago cancer nearly took his life. He became as comfortable as he could then. This was different. It was beautiful.

No wonder why there’s so much scientific proof that psilocybin is being used to defeat anxiety, depression and addictions in study after study. Every major university and hospital has either opened a research branch to study psychedelics or is partnering with another.

And, in case you didn’t know this, “Mario” and Nintendo wouldn’t exist if it weren’t for the fact that the founder took and used psilocybin regularly to inspire and invent his games. Now you know why the 🍄 mushroom was a character in every game.

It seems to Mike that his experience with psilocybin was like walking away from his ego, becoming part of this bigger thing where he felt like he was part of creation or God (or whatever your belief is). He remembers feeling very safe. It wasn't like there was a loss or a true death going on. It was just a movement. It felt very normal and natural. He imagines that's part of creativity and feeling part of the whole.

It's all about getting out of the way of your creativity and infinite potential. We’re born really, really creative and gradually our creativity gets stamped out of us. For example, before children go to school, they have access to about 3000 movements in their body. After they've graduated, they're down to about 300 things that their body knows how to do movement wise.

You could say that we start out as a symphony of movement and end up with a string quartet 12 years later and then go through life thinking that's who we are.

Tune in to this episode to hear more about our personal experiences with psychedelics, a great story about Ram Dass and Krishna Murty AND a really powerful strategy and technique for understanding how you unconsciously make decisions and how they affect you.