Pride and Fear of Asking for Help 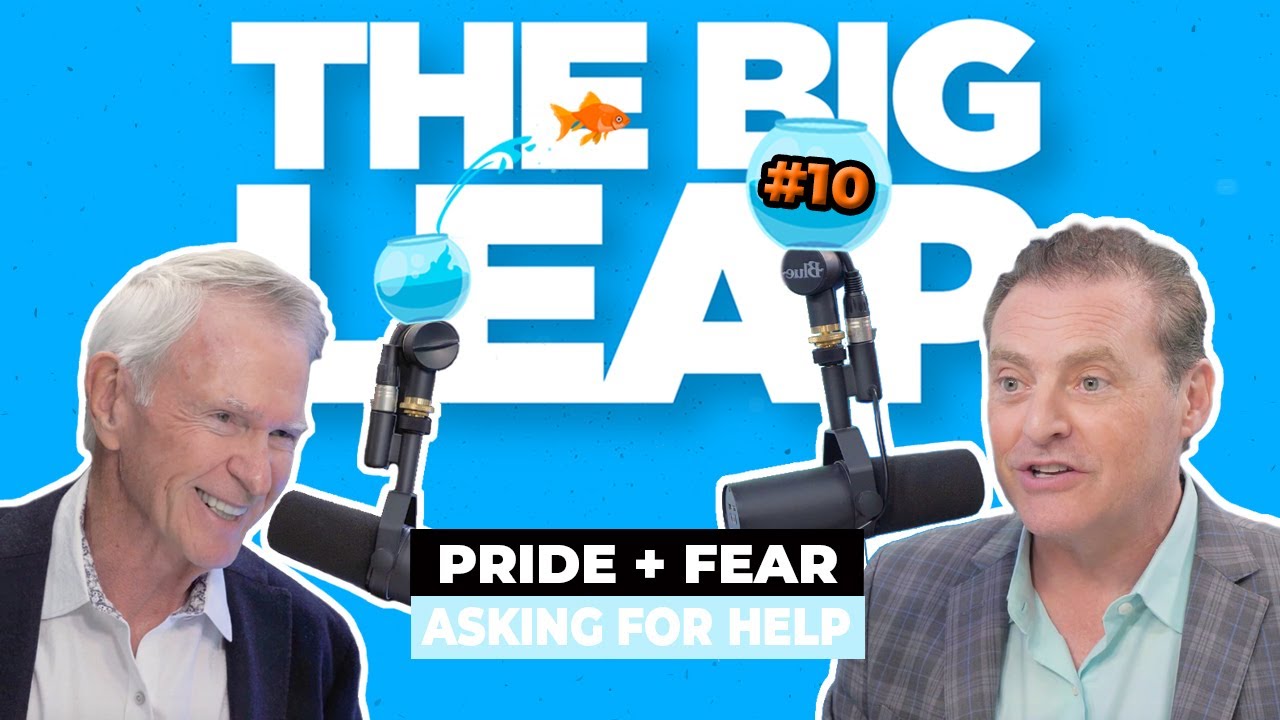 Do you have a problem asking for help or support? Does it feel shameful to ask? Do you feel like you’ll be looked down on if you do?

Here’s the thing… EVERYone needs help to move forward and grow sometimes. Whether it’s in business or life and there is NO shame in asking for it.

In reality there is always someone out there that knows more than you and can teach you something that will help you. (In return it’s your job to do the same thing for someone else. Pay it forward baby!)

Humans are meant to be a part of a community, connect with one another and lift each other up. Not spend all of their time alone and only looking out for #1.

This week on The Big Leap, Gay Hendricks and Mike Koenigs are talking about pride, fear of asking for help and not feeling like you're far enough along. It’s something they think everyone's dealt with at some point in their lives as both of them still struggle with it sometimes.

Another really, REALLY cool topic they get into on this episode is epigenetic trauma and how it manifests, plus Gay’s love of gold, (where that came from and why he's still stuck on it) AND you get to hear a couple of celebrity stories from Gay (who’s had the good fortune of working with plenty of celebrities who had reached their upper limits with worthiness and what he did to get them through those difficult situations.)

One wonderful story is about Bonnie Raitt. A lot of people don't realize this about Bonnie, but for many, many years before she broke through into the national fame she has now, she was a club performer. She mostly played blues, worked a very small niche and always had plenty of work.

Then suddenly there was this moment where she became a national star. But just before she reached that level of fame she did something interesting. She asked for support telepathically. She visualized herself standing in front of the audience at the Grammys, thanking specific people for their help and their support. She started with an expression of gratitude for the support she was going to receive.

She kept working with that visualisation and suddenly… BOOM. You can't prove whether these things are directly responsible but there’s no arguing with the fact that not long after that, she was getting massive support from Capitol Records and has gone on to win over 14 Grammys.

The fear of asking for help and support sometimes starts with just sending out this message to the universe getting REALLY specific and visualizing yourself at that place.

One really important thing you have to ask yourself if you're not getting the support you want, is “why am I putting out a message that says, don't support me? Why would I be broadcasting to the world that I'm not interested in support?”

A lot of times you can go underneath that old programming but even if there's no good reason for it, just opening yourself up and saying, “okay, I am now available for support. I'm now willing to be supported, and then begin to look at how you receive it or repel it.”

You're either defining your life through receiving support or defending against support because the universe is falling all over itself trying to support you, if you'll just let it know you're supportable.

The “I don't think I deserve it” thinking is part of one of those old upper-limit programs that gets installed in us early on.

Tune in to this episode to learn how to dismantle your old programming for good and open up to support and incredible growth, PLUS more fun celebrity stories!