Consciousness Is Your Most Valuable Product 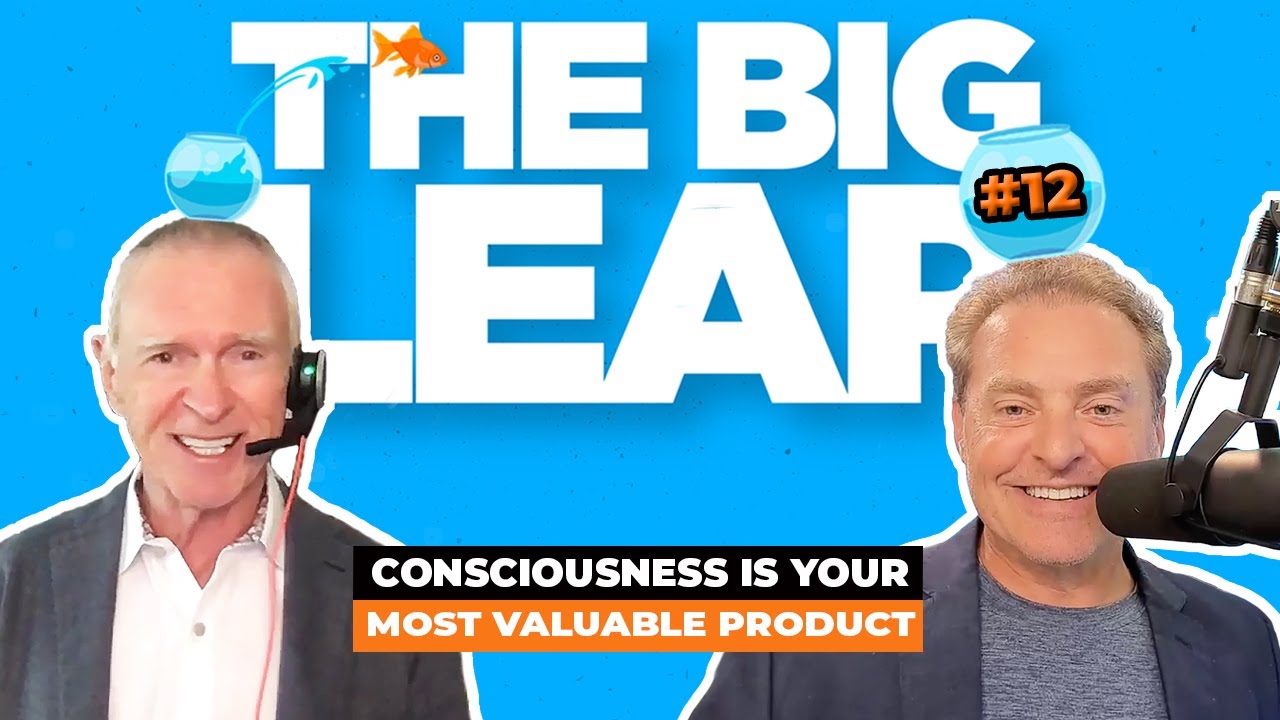 What IS consciousness? What does it actually mean?

What if you could harness your consciousness to be your best-self and live the life you’ve always DREAMED of?

This week on The Big Leap, Gay and Mike show you how your consciousness is actually your most important product and how to work with and refine it to make your goals and dreams come true faster.

Why is your consciousness your most valuable product?

Most good businesses are in a constant state of refinement. (think about the thousands of people that sit in rooms at Apple or Google and work on tiny little refinement of a very big machine.)

We want you to think of your consciousness as your biggest product, your most important asset because it's the thing that everything else depends upon. We need to be in the process of constantly upgrading your consciousness.

When Gay was young, he needed thick glasses and was very, very overweight. This is the story of how a slip on his head changed his life forever.

When he was 24, he weighed 320 pounds, (today he weighs 180 pounds, and has for many years) smoked two or three packs of Marlboros a day and was in a bad relationship with a horrible job.

He hadn't created anything of real value or made any big contribution to the world by age 24. He was beginning to feel a lot of pressure, especially with his weight because his father had been incredibly overweight and died before he was born. Somehow Gay was living out his father’s life who died at 32, was very obese, smoking heavily in a bad relationship.

He had a moment that same year that shocked him into a different state of consciousness. The way his unconscious chose to do that was to arrange to have him slip on the ice and slam down really hard on his back on an icy road in New England.

He didn't knock himself out but he had what he calls “An Out of Hendrix Experience” because it knocked him out of his normal way of seeing the world and for about two minutes he laid there on the ice, shivering, but out of his usual state of consciousness. In that moment something happened that affected the rest of his life.

He landed about six inches from a jagged rock and as he was realizing, “wow, if I could have died in this moment… what would my life have been?” He realized it would have not been a very interesting movie to watch and in that moment he had the experience of being able to see himself all the way down to the center of his psyche.

As he came out of that experience he felt himself thinking, “Oh, no, here I am in my old body, I still weigh over 300 pounds, I want a cigarette and I’m still wearing glasses,” and feeling really sad for a moment. But he had made the commitment of always feeling that state of pure consciousness, so he began to think of his whole existence and refining that consciousness so that there wasn't anything in the way of that showing up out into the world.

Over the next year by keeping a focus, he lost more than 100 pounds and quit wearing glasses. That ONE moment changed everything because in that moment he began for the first time to think of himself as an instrument of consciousness and that just like a professional musician, he had to work on polishing his consciousness every day of his life.

Tune in to this episode to hear about refining your consciousness like Gay did through meditation, learning about your own emotions, your body and nutrition, involving your mind, body, emotions and spirit.

This is Gay Hendricks and Mike Koenigs in their studios, connecting by Zoom!