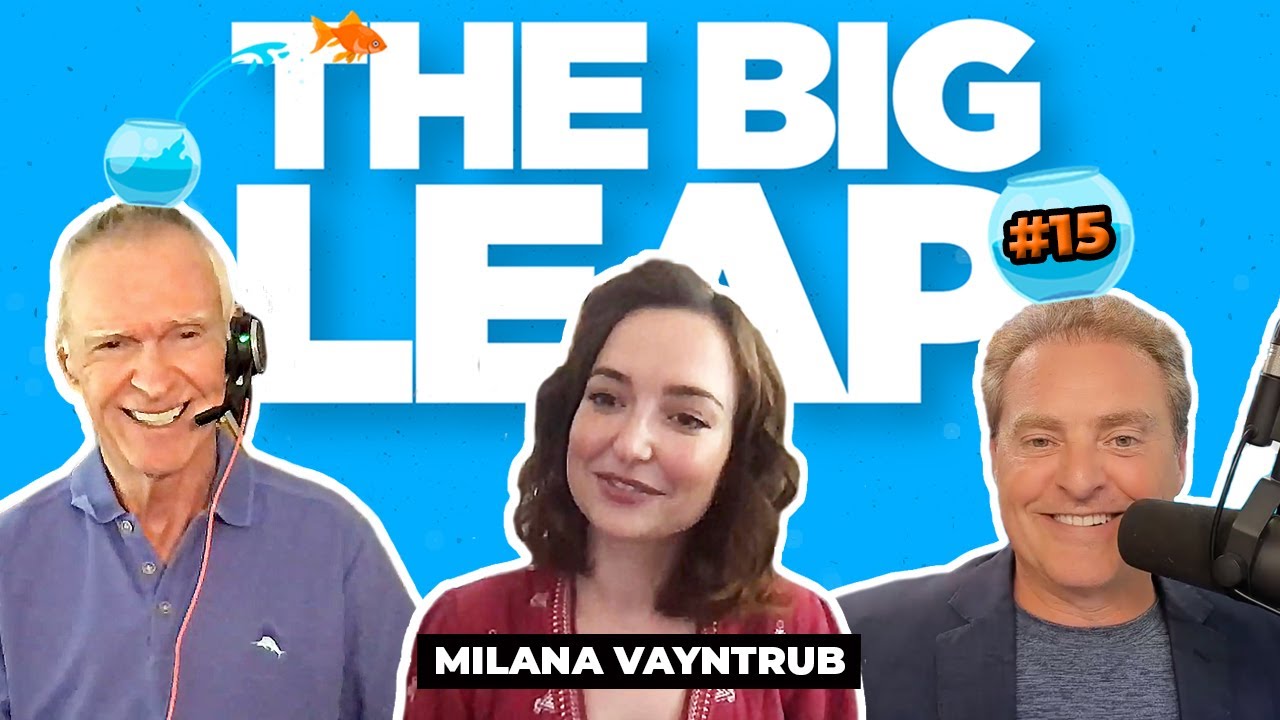 Have you ever thought to yourself, “celebrities have it SO easy! They’ve got the money, the fame, the friends… it must be so nice to have everything handed to you.”

But how did they get to celebrity status? Was hard work involved or just dumb luck?

Holy COW, do Gay and Mike have a super special treat for you today!!

Meet Milana Vayntrub. You may know her from the movies, “Ghostbusters” or “Mother's Little Helpers,” “Love” on Netflix, the hit TV Show, “This is Us,” or as Lily from the AT&T commercials, (frankly… she’s everywhere!) and Gay and Mike got to chat with her this week.

This episode is super cool because they got deep AND shallow, they got weird and they got real. They talked about creativity, self sabotage, procrastination, and a little bit about succulent gardens, PLUS Mike and Gay were able to give Milana a little life advice too!

Gay and Mike really admire the profession and craft of acting… especially the folks who do it well. They felt like they got inside the mind and heart of Milana, getting to know her on a deep soul level. Seeing the world through the eyes of this brilliant actor was one of the most moving parts of today’s interview.  You're going to walk away with some really, really good ideas.

Of course, we are very interested in “Big Leaps,” here on The Big Leap podcast and Milana didn’t disappoint. She has taken some VERY big leaps in her life, had major pivot points and catapulted herself to different levels by doing so.

Milana is from Uzbekistan, (part of the former Soviet Union) so she comes from a long line of people who have taken big leaps, a migrating Russian Jew. Her first big leap was coming to America when she was two years old, because even though it wasn’t her choice, it instilled in her a sense of adventure, that change is okay, and that with risk comes upward momentum.

Milana has parents who taught her how to work well under pressure and if she really spent time looking for something, she’d find it. This is the kind of mindset that was instilled in her, early on in life that informed a lot of her decisions later.

Her mom put her in acting class when she was five or six years old, even though she didn't really speak the language but Milana was naturally outgoing and liked mimicking things on TV. Her mom was not afraid to take risks so going on auditions as a kid was another Big Leap taken early in her career and life.

About 10 years ago a friend advised Milana to attend a Tony Robbins event. They told her it would change her life… and IT DID. It was a moment that reinstalled the idea of taking big risks and when she realized that her industry, (acting, writing, directing) has a lot of gatekeepers and systems in place that makes it so that you constantly need to be asking permission to be working… it didn’t work for her.

It was actually after one of Tony’s seminars that she realized she needed to start creating her own work and that she had a lot of limiting beliefs around why she shouldn't or couldn't. So she started a YouTube channel, which was just her and her friend making videos on her couch, inviting friends over and being idiots together, but in a way that totally launched her career!

She created a web series called, “Let's Talk about Something More Interesting,” and started inviting friends. Then she got a little bit of traction and started inviting fancier friends. Eventually she had Bob Odenkirk, BJ Novak and Matt Damon on her couch. Through that she got the attention of a great manager who got her a great agent and helped her get work all over the place.

Believing in herself and realizing that she could do hard things was a MAJOR Big Leap for Milana.

Milana confessed during our time together that if she had ONE wish for YOU, it would be this… “for people to find peace in their hearts and connection to each other, to the oneness of all things, find their genius and live in their flow.”

To hear this fascinating interview with Milana, including stories about creativity, self sabotage, procrastination, and succulent gardens, tune in here! You can support and keep up with Milana by following her on Instagram @MintMilana.