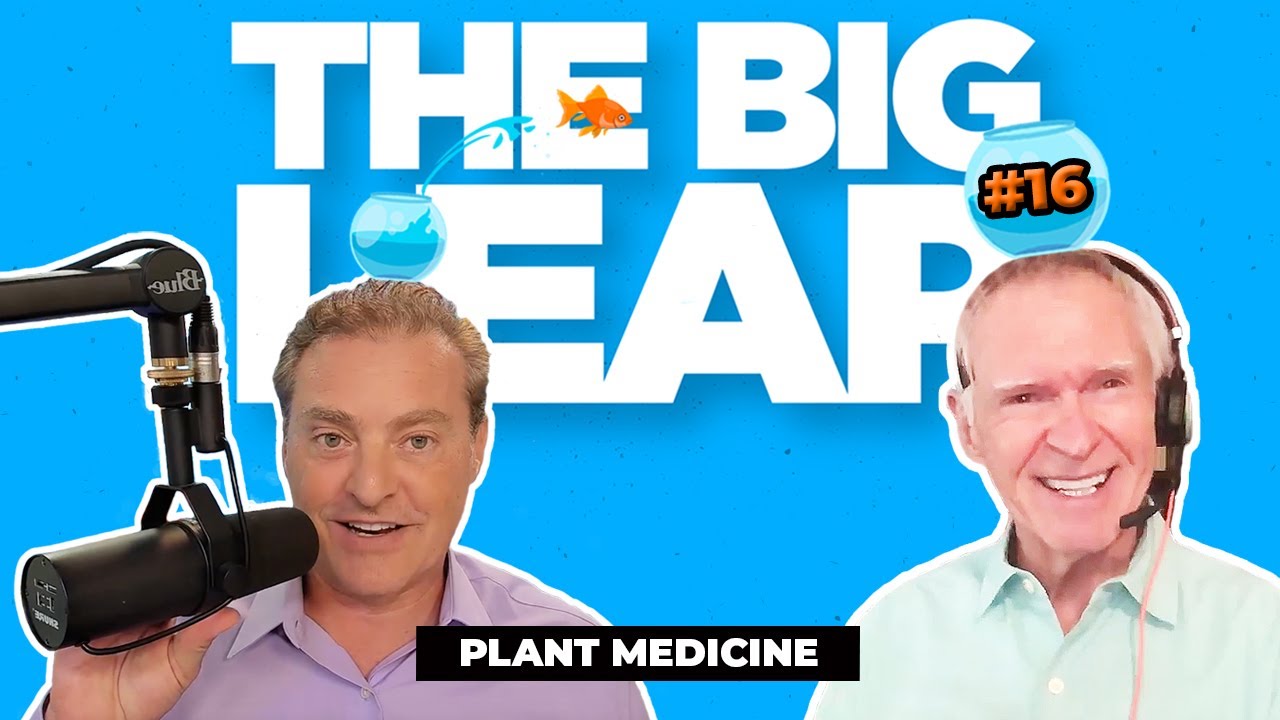 Imagine if you could completely and totally connect with God.

What if you could experience the deepest most profound sense of love, connection and bliss you have ever imagined?

Mike's done it and he can tell you what he’s about to share could be both uncomfortable and VERY controversial, so fasten your seatbelts and keep reading…

Gay Hendricks and Mike Koenigs have a real doozy episode for you this week on The Big Leap podcast… This is Mike's most vulnerable episode and public share to date.

Here's what Mike had to say.

“Three months ago, I wouldn’t consider publicly sharing this – but it’s too important not to.

A few weeks ago I was invited to join in a very sacred ceremony led by several medical doctors and shamans on ancient Native American grounds in the New Mexico desert.

It's an experience called 5-MeO-DMT. This is a psychedelic of the tryptamine class found in a wide variety of plant species, and at least one toad species.

Terrifying. Awe-inspiring. Beautiful. Pure love. A direct connection to God or creator. Out of body. Complete elimination of a sense of self and ego. Melting away any emotional and physical pain. A rocketship to pre-creation. In the “mind” of God. Before matter, time, space and light. Then…

I woke up to a blood curdling, primal scream of emotion. Of love, fear and awe.

That scream that woke me up… It was ME.
It was as if my “animal” was reuniting with its spirit.

All of this happened over a period of 25 minutes.

Imagine pouring an entire planet into a thimble.
That’s what that scream was – the human brain and body simply cannot contain a universe that’s billions of years old in it’s “container.”

Intellectualizing this experience is a disservice to something very ancient and very sacred.

As I sobbed and laughed and cried and laughed some more, I never felt so much divine love and connection than in that moments that had just passed.

It was the most profound experience of my life.

There's a tremendous reawakening and resurgence of psychedelics, entheogens and other plant based materials that is attracting the world’s leading scientists, physicists, astrophysicists, doctors, quantum scientists and the medical community.

If you do some research, you’ll find major colleges and hospitals are investing heavily in using psychedelics to reduce or eliminate mental illness. Tim Ferriss donated $3mm to the Johns Hopkins Center for Psychedelic & Consciousness Research and Imperial College London.

I don't regard 5-MeO-DMT as a drug. It is a profound sacrament and if there was ever something that was divinely created it is this.

Despite the world’s governments and leaders creating the “War on Drugs” and associating “drugs that kill you” (alcohol, tobacco, heroin, cocaine and much of the pills that are consumed) with “drugs that can save and change your life” (5MEO, psilocybin, MDMA), this is ancient.

Amazonian natives have been using entheogens, so did the Greeks, Egyptians, Vedics and other cultures for millennia.

When I was 18, I tried smoking marijuana and it sent me into an absolute pit of terror that to this day I still have massive trauma associated with it. I stayed away from all substances. But to my uneducated mind that didn't know the difference between a recreational drug and something that's deeply spiritual, like 5-MeO-DMT… I didn't have the ability to discern and I didn't want to trigger an old trauma.

So what was I looking for? Why did I decide to partake in this kind of medicine?

There wasn't any ONE reason. I wasn’t seeking anything really.

I really wanted to explore what I was hearing about the substance and trust me… I did my research. I kept hearing people like Joe Rogan and Tim Ferris talk about it for years. I met Rick Doblin through a friend, the founder of MAPS, which is an association that does profound work on the benefits of psychedelics and how they help soldiers with massive PTSD and women who survived horrible captivity and rape, walk away and not require medication or additional treatment.

This year, I felt as though I had reached a point in my life where I was psychologically prepared. I had been feeling much more love, connection and depth in all of my relationships. I had reached a state in my masculinity of understanding what courage, emotion, deep connections, authenticity and being fully present and vulnerable REALLY meant. I felt like this was the next step in my journey of growth as a human being.

The setting was a big factor too. It took place on Native American grounds in New Mexico underneath a massive, multi-centuries old cottonwood tree. I was supervised by doctors who are very, very experienced in the substance, so I felt like I was in good hands with proper care before and after.

The entire experience lasts (depending on the person and the dose) between 15 and 30 minutes (compared to other plant medicines like Ayahuasca, that can last for hours). It’s very, very fast and most people who experienced it in this space said it was like a rocket ship.

Now WHY am I sharing this with you? Why is it so important?

Because after the experience, I happen to believe that a TOOL like this one could actually bring more people together.

And I’ll go on record that the sense of compassion, oneness and connection it provides would create a KNOWING that we are all part of the divine.

And if the world’s leaders, politicians and change makers could experience this ancient gift…

There would be more peace on this planet.

There’s more to the story!

To hear more about the MOST profound and enlightening experience of my entire life, tune in here!

Whether you agree with using these sacred, ancient tools or not… you can’t argue that it’s not a fascinating subject and hopefully you’ll learn a little something too!”