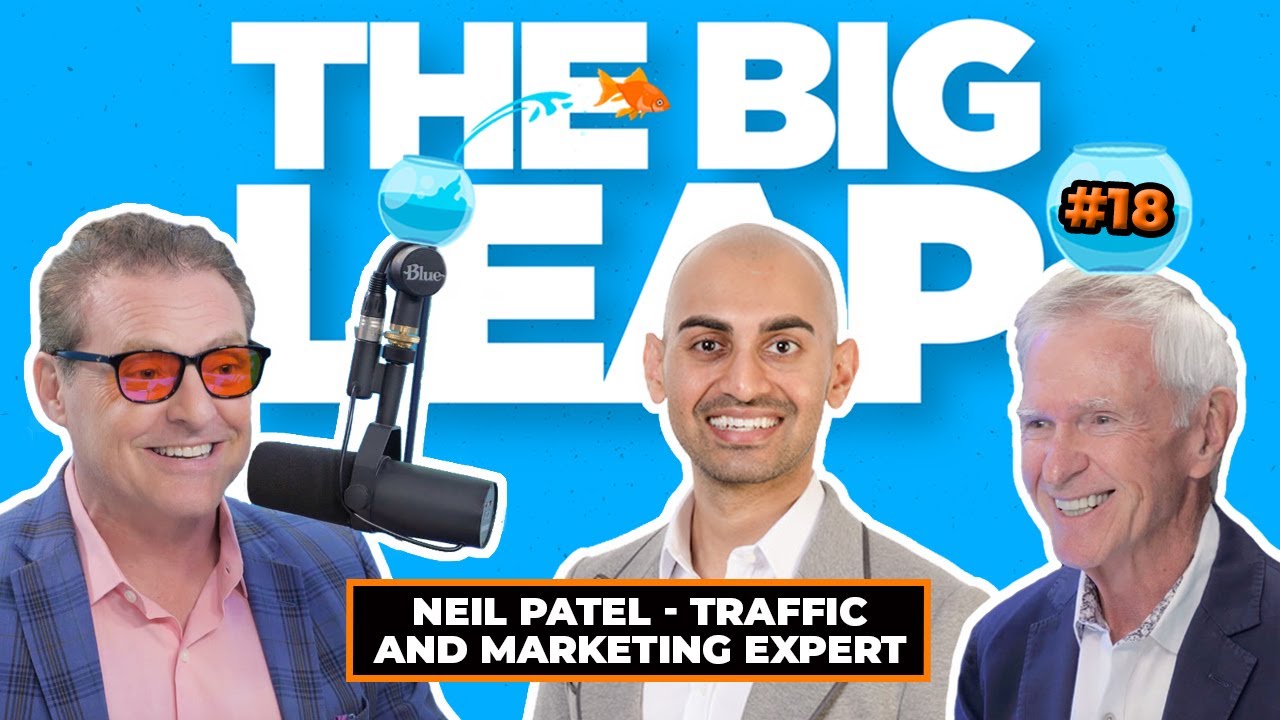 Are you under the impression that you have to be “perfect” to be a successful entrepreneur?

Are you stuck in Analysis Paralysis, Perfectionism or maybe even Imposter Syndrome?

Our next guest is here to tell you that’s just NOT true.

Today on The Big Leap podcast, Gay Hendricks and Mike Koenigs have a special guest for you. His name is Neil Patel and they’re really excited for you to meet him. They’ve respected Neil for a very long time. He’s a BRILLIANT marketer, entrepreneur and SEO expert who’s built an amazing personal brand for himself.

But today they're going to be doing something a little different. They're not just talking about marketing stuff… they're also talking about the Big Leaps that got Neil to where he is today. Keep reading to hear about his path to success.

Neil freely admits that he made a ton of mistakes in the beginning, but because of this he’s learned what NOT to do then eventually… what TO DO. “When you start off your career as entrepreneurs, the early years is where you typically make the majority of mistakes but when you do something long enough, you get decent at it.”

One of the main premises of the Big Leap podcast is asking guests what their Big Leaps were that got them to where they are today, so of course they asked Neil that very question;

Neil decided that he wanted to make money and be an entrepreneur when he was just 16 years old, (instead of focusing on school and college,) so he went after it by trying to figure out how to make money on the internet. Looking back he knows that if he never took that leap at such a young age he wouldn’t be where he is now.

Another big concept of the Big Leap, is something Gay calls the Upper Limit Problem, which is how you transcend barriers to get to where you are.

At the beginning of Neil’s career, location was a big barrier that he had to overcome. There were a lot of “tech” opportunities happening in San Francisco at the time but not so much in LA, where he is located. Zoom and Skype weren’t really around so it was very hard to start a business, whether it was raising venture capital or hiring employees in a virtual or web based environment. It was a huge hurdle early on. Nowadays, that problem doesn't really exist. You don't even need an office for most businesses.

Curious as to what Neil’s personality traits are that have both helped AND hurt him on his journey to success? He’s admittedly very persistent, stubborn and does whatever he wants. If he believes in something, he goes for it and doesn’t care what people say, never giving up. (which can be a bad quality sometimes because he’s lost a lot of money because of it.) He’s also very analytical and data driven, constantly thinking about numbers. It’s something he can’t turn off. Neil admits he’s a really terrible manager too but luckily technology has evolved to make things a bit easier these days.

A quality Neil possess and practices that we really admire is his ability to say NO. He’s not afraid to say no to something that might look like a giant money opportunity if it doesn't feel right. He's not attached to the money outcome and that’s a skill a lot of entrepreneurs need to develop.

To hear how Neil discovered the “key to success,” (it’s not what you’re thinking) PLUS his evolution as an innovator and creator, his process for creation and where he gets his inspiration and motivation from, tune in here!