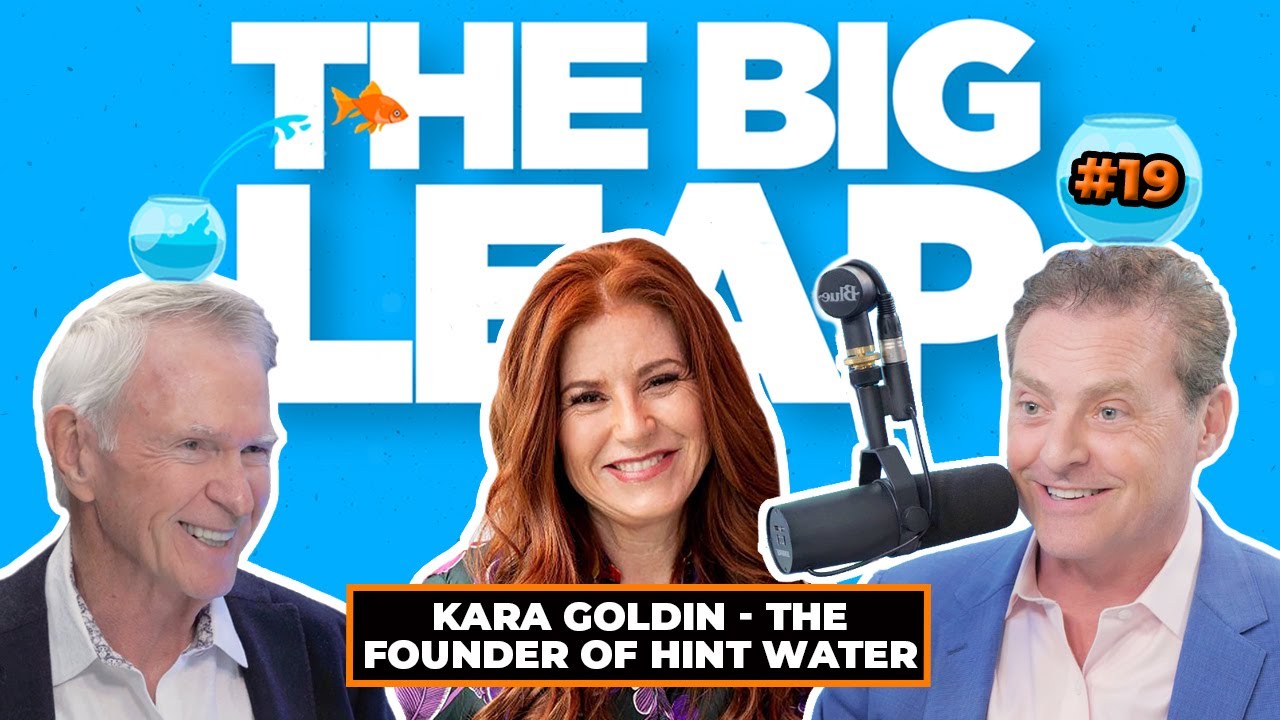 Have you ever looked at a super successful entrepreneur and thought, “man, they’re so brave and fearless to be doing what they’re doing. They must have so much support!”

MOST successful people will tell you that it’s not rainbows, unicorns and kittens. There are plenty of bumps, bruises, self-doubt, fear, haters, and mistakes along the way.

But if you want to succeed you have to push past all of that and become UNDAUNTED.

Gay Hendricks and Mike Koenigs are excited to share a very special guest with you today on The Big Leap podcast. Her name is Kara Goldin, she’s the CEO and found of HINT water, and just released her first book, Undaunted on October 20th. (Gay and Mike have both read it and you’re going to want to pick up a copy, asap…hint hint.)

HINT is the largest, non-alcoholic beverage in the country that doesn't have a relationship with Coke, Pepsi, Dr. Pepper, or Snapple.

Where did the title, “Undaunted,” come from? Kara looked in the rearview mirror at what she had been through in building her company and realized that a lot of people would say, “you're fearless, you don't have any doubts or doubters.” That's when she knew she needed to write this book and share her stories because her journey absolutely had doubts, (from both herself and others) failures, and fears. But Kara says, “we need to learn about those in order to really get out of the gate and break down the walls in our own lives.”

As Gay and Mike always do here on the Big Leap, they asked Kara what some of her biggest leaps were that got her to this point in her life and career.

Her first Big Leap was when she hopped on a plane, (uninvited) to try and get a job at Fortune Magazine. She marched into the HR office and shared a letter she received from the editor, (a Dear John letter saying, “if you're ever in the New York area, let us know”) that she took very literally.

She didn’t get the job at Fortune Magazine but it led to her landing a job at Time Magazine, which never would have happened if she hadn’t taken that first Big Leap.

Another major, Big Leap was, of course, starting the HINT water company. She had no beverage experience and had never been an entrepreneur before. BUT… she was a consumer of the product that she wanted to be on the market and just decided to go for it. “I think sometimes Big Leaps are not allowing yourself to focus too much on how big of a leap it is or else you won't do it.”

After her amazing corporate career, Kara was starting her family and wanted to focus more on health. She had gained weight, developed terrible adult acne, and her energy levels were very low. She was drinking a TON of diet soda so she decided to give up her addiction and start drinking plain water. She quickly knew she wouldn’t be able to stick to plain water because it was so boring. That's when she came up with the idea for HINT.

As mentioned above, HINT is the largest, non-alcoholic beverage in the country that doesn't have a relationship with Coke, Pepsi, Dr. Pepper, or Snapple. They’ve done things very uniquely in building the company, including the fact that 55% of the business is direct to consumer.

In the end, all of her previous Big Leaps ended up coming together. Kara always says, “the dots always eventually connect.” Sometimes you don't know how they're going to but they always do in the end.

To hear the rest of Kara’s story and more about her new book, “Undaunted,” tune in here! If you prefer video, click here to watch the episode on YouTube!