Beyond The Big Leap Is Conscious Luck 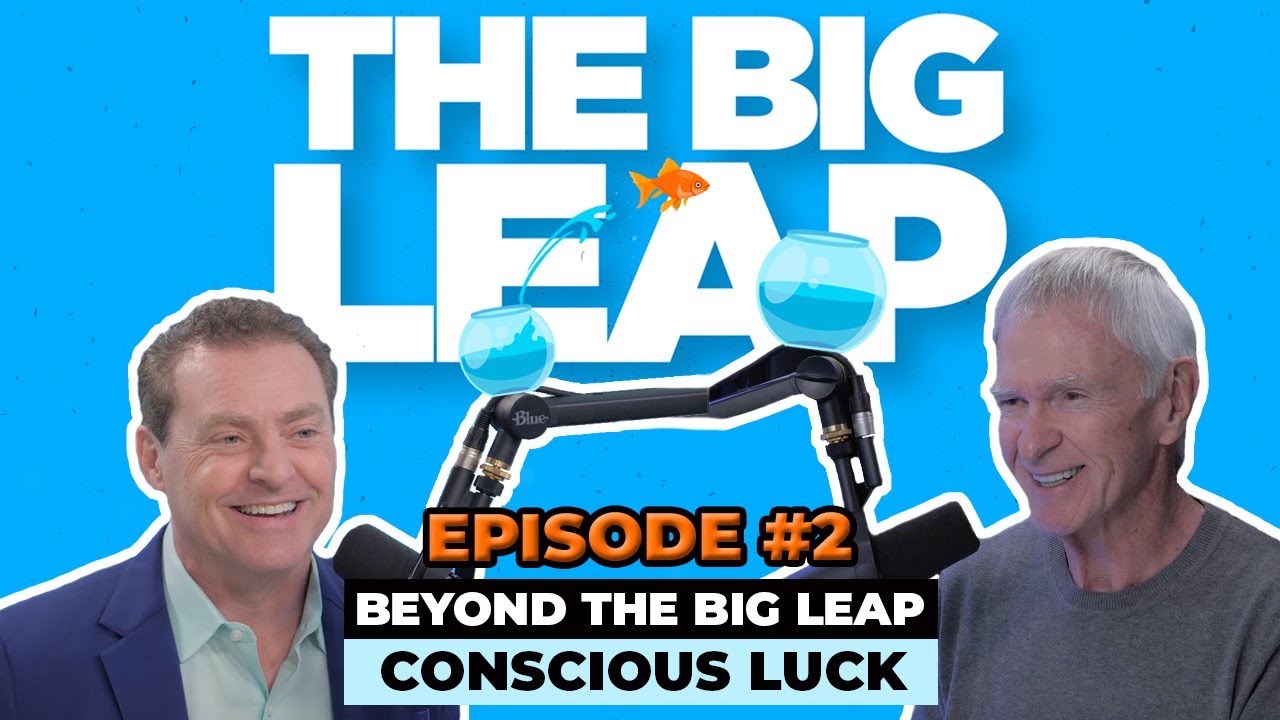 What if you could control and amplify your LUCK? How would that change your life and business? How much more money would you make? How many more exotic vacations would you take? What celebrities would you meet? What kind of cool car would you buy? How quickly would you get through the line at the DMV?!?!

Gay Henricks, NY Times Bestseller and co-host on my new The Big Leap Podcast, says you CAN control your luck and multiply it too! In fact, he has developed a system he started using 60 years ago called “Conscious Luck.” It’s been a driving force in his life and the subject of his new book titled, “Conscious Luck: Eight Secrets to Intentionally Change Your Fortune,” which came out last week.

When Gay was 14 years old his school was doing a fundraiser and sold tickets to a movie. During the movie, all of the kids put their movie stubs in a bucket and they did a drawing to see who was going to win a wristwatch. He was sitting next to his friend Clay who leaned over and he said, “watch this, I'm gonna win this drawing.” Sure enough, they pulled Clay’s name out and he won to watch.

Obviously, Gay was shocked and asked Clay, “how the heck did you do that?” Clay said, I always win these kinds of things. I decided I was lucky and ever since I always win. Well, Gay thought that was a very enlightened thing for a 14 year old to say but later on he thought, wait a minute, why should I go around thinking of myself as an unlucky person? It's just as easy to think of myself as a lucky person. And that was his first entry into the “luck” aspect of life.

After that, Gay reinvented himself as a lucky person at 14 years old. Ever since then he’s been very interested in the relationship between good luck and hard work and how those two come together.

Fast forward to today and having worked with hundreds of incredibly successful people, entrepreneurs and business owners, Gay has asked MANY of them… do you think of yourself as a lucky person? Almost every single one of them said YES.

So he asked Mike the same question… Do you consider yourself a lucky guy?

The short version is yes. TODAY Mike considers himself a lucky person. BUT he feels like his luck comes from preparation and relationships. In other words, he's created his own opportunities for luck by being present for when more opportunities could happen.

To Mike, the belief that “everything happens for a reason” is a bunch of BS. Stuff either happens or you control it. As Mike's grown a little bit older, he's realized that the more he pushes to try to control everything, the less successful he is. The more he relaxes into it, the more success comes. The more he pays attention to his feelings, trust and steps away from control, the more lucky he's become.

Gay say’s there are a number of pathways to luck. One important example is having luck worthy goals. In other words, you've got to give luck a good reason to visit! You really want to have the highest quality possible goals for yourself and once you've come up with those high quality goals, start opening up to support those.

There are SO many incredible transformational life and mindset tools that are really going to change your life in this episode. For example, is it really possible to manifest luck? (hint: Gay thinks so!) How to completely CHANGE your luck and Gay’s process for getting into alignment. (SUPER important for manifesting!)