This is How to Discover Your Life Purpose 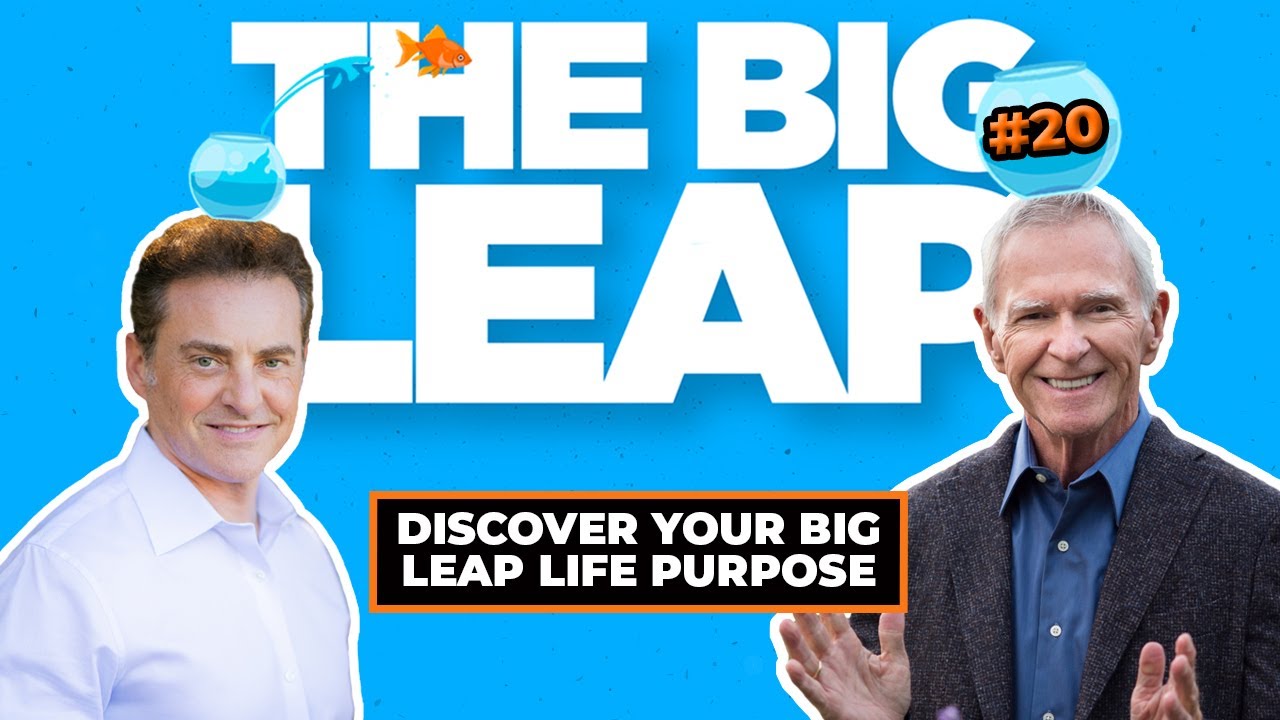 Do you ever wonder… what’s the point? Why am I here? What am I really meant to do? What’s my PURPOSE?!

Maybe you’ve been there, done that, know it’s time to reinvent yourself but you don’t know how to start, where to begin or feel as though it’s too late or too hard…

What would you give to be able to FINALLY figure out what your life purpose is OR your “next purpose”?

You are not alone. Many, MANY of us have struggled with the very same questions and it can be SUPER frustrating, anxiety-filled and frankly, pretty depressing.

Don’t worry… Gay and I are here to help guide you through the process and figure it out.

Today on The Big Leap podcast, Gay Hendricks is going to tell you about the moment he finally figured out what his life purpose was and how it’s affected every moment of his life since. Needless to say, it was a major turning point.

Mike is going to share some of his big leaps and some of the reinventions that he's gone through throughout his life because for him, he hasn't had just one big leap… he's had a bunch.

Their goal is to give you the tools, resources, and guidance to get you to where you want to be, so let’s dive in!

The moment Gay figured out his life purpose happened at a time where from the outside, it looked like he had it made. He had jumped to a “new level” in life, (but as he points out in The Big Leap book,) oftentimes when you have a big upsurge of love, money, or fame, it trips old mechanisms inside that bring up fears and then you shut yourself back down.

And yet, a week before he was supposed to start his new job, (he had already moved to Colorado, rented a cabin in the woods, and was having a great time communing with nature.)
he had a panic attack when he realized, “Oh my God, I know all the textbook stuff but I don't know anything in my heart about what it takes to have human beings transform their lives.”

Then he had a once in a lifetime experience. Standing out in the woods, he said out loud to the universe and himself, “what is the essence of human transformation?” What is it that we do that darkens ourselves rather than enlightens ourselves? He stood there for a while and felt the question rather than trying to work it out in his mind… then the magic happened.

He got this amazingly powerful roar of energy through his entire body and mind that seemed to come from the ground up. It was like a freight train of white light and it felt good. Like a rolling wave of energy that passed through him and after it did, he realized that it had answered his question.

The information it left behind was this; the thing we do wrong as human beings that keeps us stuck, is we resist what's going on inside ourselves and the feedback that's coming in from the outside. We take a stance of resistance towards the world and out of that stance, our experience gets rougher. Life starts to treat us more harshly, simply because we closed down that part of ourselves. We’re not open to learning. It's this defensive posture that keeps us stuck.

So that’s what Gay did. He simply wandered around the woods for a while loving all the parts of himself that he’d never been able to love before until that moment.

He ended up in a beautiful state of being, both open to himself and the world around him. It was this magical moment of being completely free of his programming and having no expectations of the future that left behind a meta-tool for transformation in him.

That’s when he started to work with people, encouraging them to feel their way into where they were rather than trying to talk them out of it. To feel and understand why they might be depressed or why their anxiety is a natural thing to have. It's the act of opening up, accepting ourselves, and loving ourselves as we are that opens up the space to move into something new.

That was the moment that changed everything for Gay. It led to a more precise definition of his life purpose.

Listen to hear about the many Big Leaps and reinventions throughout Mike's life that lead Mike to discover who he  is, what he was great at, where his value is, and most importantly… HIS LIFE PURPOSE.