Get Anyone to do Anything for You with Dr. Ben Hardy 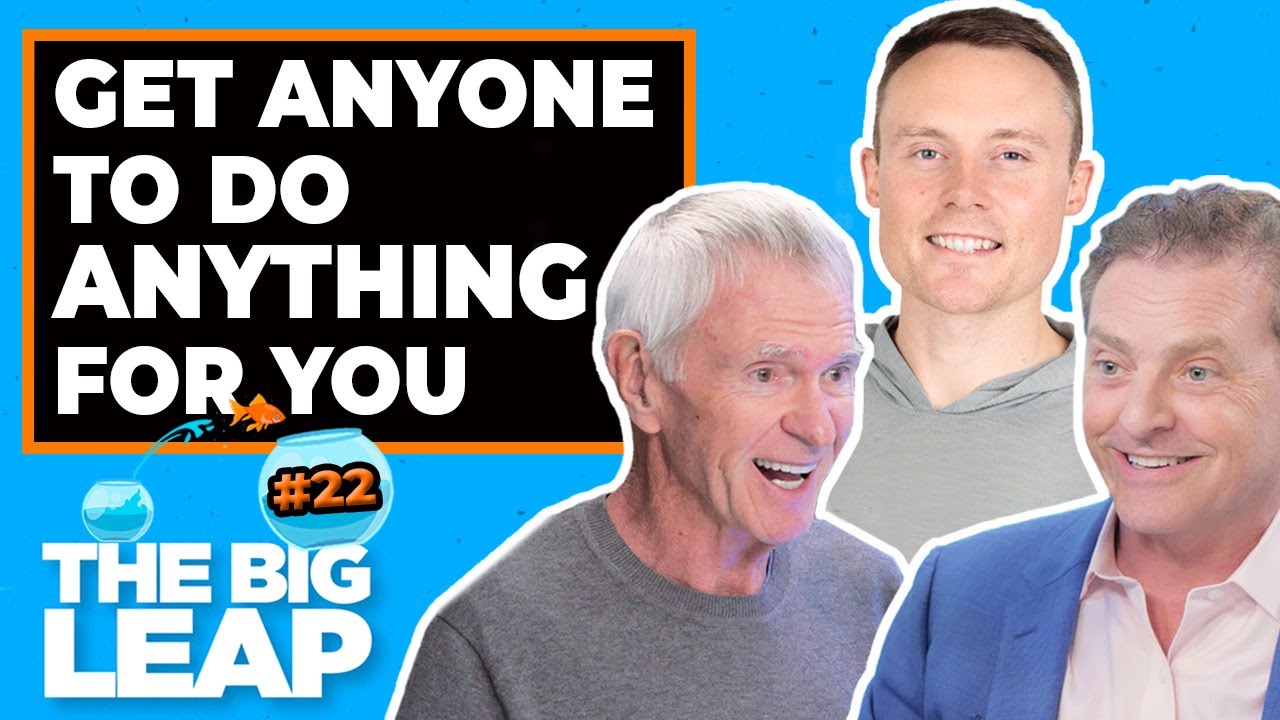 Mike Koenigs hates “How Pies” (if you’re from Minnesota like him, you’ll get this joke right away). If you grew up in the country like him, cow pies aren’t fun to step in. Especially the warm ones.

“How Pies” are the stinky things you step in every time you ask yourself “how do I do this” and when you get frustrated and procrastinate, you do nothing at all.

What if you could solve ANY problem you’ve ever had by asking a NEW question? Not “How do I do this?” But “Who can do this FOR me?”

And if your first response is, “yeah, but I can’t afford to pay anyone to do it for me…” Instead, ask yourself the ULTIMATE question – “what if I could create a collaboration with the right WHO to do this for me where both parties win?”

If you find yourself procrastinating because you get stuck in “How Pies”, you’re in for a real treat.

Today’s guest on The Big Leap is Dr. Ben Hardy and he's the author of the new book, “Who Not How,” which sold over 100,000 copies (125,000 as of two days ago) in the first month and is a bestseller on the Wall Street Journal list.

Today you’ll hear a fascinating story that ties “Who, Not How” and writing a bestselling book with a collaborator into two places, plus Gay says ONE WORD that completely changed the way Mike thinks about copywriting and creating content and books.

And – if writing a “best selling book” is on your bucket list…you’ll love what Ben has to share.

Today you’ll hear a fascinating story that ties “Who, Not How” and writing a bestselling book with a collaborator into two places, plus Gay says ONE WORD that completely changed the way Mike thinks about copywriting and creating content and books.

As Western thinkers, we're very individualistic. We go through the public education system and are trained to think the same way. We're trained to focus on what “I” can do. We have to develop every single skill ourselves and are tested and graded against our peers in a competitive environment. We don't work with our peers on a test and then together, create a better result… Instead, we're all tested on the same thing. We compete against each other to see who gets the best grades, and the people with the best grades move on.

We're trained to think in terms of how “how do I accomplish this goal? What do I do?”
Me, me, me, me me!

Two of Dr. Ben’s mentors, Dan Sullivan and Dean Jackson spent a lot of time thinking about procrastination and that ultimately led them to think about when you start imagining a bigger future; if you stopped asking how but started asking who can help me do this, or who can do this for me, then all of a sudden, it frees you from the burden of having to do it yourself and leads you to develop a much bigger vision. Most people’s imagination is capped by how much they can do themselves. If you're not teaming up with anyone then you can't accomplish as much.

In the case of Dan Sullivan, (co-author of “Who, Not How”) he didn't have to spend any of his time writing the book because he had Dr. Ben do it. He had a “who,” who was already an expert on book writing, so his vision for his future got a lot bigger. Rather than asking, “how can I get this book out there, he just found a “who” to do it for him.”

One massive breakthrough that Dr. Ben had while writing this book as the “who,” is that Dan Sullivan fully allowed him to just be the who! Meaning he let him BE the writer without any outside forces or influences. It was Ben’s book. Dan established the rules for the content and let Ben do his thing.

THAT was a really profound moment for Dr. Ben and it allowed him (when he hires people) to let them take full ownership of what their job is, rather than him telling them how to do it.

Here’s something else super important: Ben gets all the money from the book. Dan only cares that the book drives business to Strategic Coach in terms of adding members. His singular focus makes this easy. The books pay for themselves. That’s another one of Dan’s big ideas, a “Free Zone” which we’ll cover in another episode!

Here are a few other major take-aways and breakthroughs from Ben’s journey in writing this book:

To hear about Ben’s one HUGE, mind-blowing idea (based on an old idea called, “1,000 True Fans”) that was responsible for GETTING OTHER PEOPLE to sell about 75,000 copies of his new book in two weeks, PLUS… the ONE WORD that Gay said that completely changed the way I think about writing and creating content, listen now! This is Gay Hendricks, Dr. Ben Hardy and Mike Koenigs in their studios, connecting by Zoom!