What Are the Books + Movies that Completely Changed Your Life? 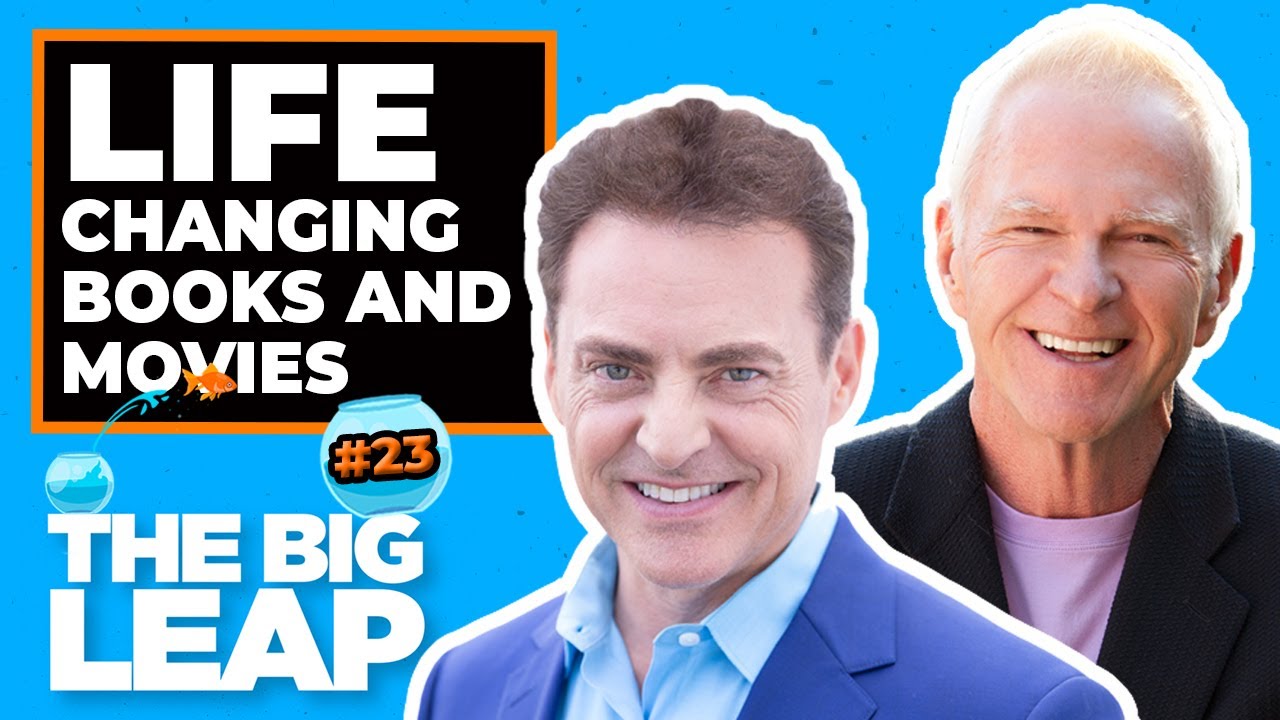 Mike's friend Brian Tracy once said, “Your life is changed by the books you read and the people you meet.” What do you think about that?

The movies you choose and the books you've read, also say a lot about WHO YOU ARE.

And listening to other people talk about the books that have moved them, can give you a whole new window to yourself AND a new opportunity to learn how they think.

So what are the movies and books that have completely changed YOUR life?

Gay and Mike share the big books and movies that changed their lives. Gay admits that he frequently asks people, “what's the best book you've ever read?” and that question has led him to amazing recommendations and some of the best books he’s ever read.

Sometimes asking the simplest of questions can be life-changing and result in some of your Biggest Leaps. With 4 years of experience as a therapist Gay is a master at asking breakthrough questions. It’s one of the many reasons we love listening to him.

Mike believes that life imitates art, (movies and books in particular,) especially in the modern, pop-culture world where things happen so quickly and people emulate what they see.

Remember the 80s, when Madonna’s music and popularity completely drove fashion of the era? The same thing happened with heavy metal and grunge. These musicians were crafting a narrative and amplifying their superpowers.

There are SO many ways to craft messages that entertain, educate, and allow you to connect with people and they're right there in front of you all the time. But how do you tune your brain to think through the lens of being a storyteller because THAT is how your ability to influence and persuade will be amplified dramatically.

So what are some of the books and movies that had huge impacts on their lives?

For Gay the first one is called “The Lazy Man's Guide to Enlightenment,” a little, gray book next to the cash register that caught his eye while checking out of a bookstore in Palo Alto, CA around 1970. It cost about 95 cents.

This book changed his reality. It's only about 80 pages long, but it's 80 pages of some of the richest, most amazing life-changing ideas he had ever come across. It’s the first place where he ever formally saw someone talking about the transformative power of love. The whole premise of the book is to save yourself a lot of trouble and just love as much as you can from wherever you are, don't make it any more complicated than that.

That became a touchstone for Gay because as he worked with more and more people, he came to see that a lot of what gets people stuck is that there something in them that they haven't learned to love yet. That's what inspired him to write his book “Learning to Love Yourself,” years ago. To this day, he sees that love is often the only dimension that needs to change. If you can love something more or get more love around a particular issue that you have, that's the single, most powerful, efficient, life-changing thing you can do.

Mike's story also starts many years ago when he was in a very dark place. He was going through a very painful divorce and his business was $250,000 in debt. Nothing was working right. He was living in an illusion and he felt as though he had to maintain the illusion to maintain trust with his employees to save the business.

Along came a good friend who introduced him to Tony Robbins. He ended up doing some Tony Robbins events and reading ALL of his books and getting really immersed in his material. Tony interviewed Deepak Chopra and Wayne Dyer which sent Mike on a path to get a book called “Manifest your Destiny,” by Wayne Dyer.

He listened to the series at least four times and the big takeaway from the book that still to this day resonates deeply is the question “who do you need to become in order to receive all that you desire?”

Fast forward a couple of years later, Mike had the opportunity to travel to Egypt and the Great Pyramids with Wayne Dyer, and Deepak Chopra. By then, he had immersed myself in so much of the material. That specific trip changed the course of his entire life, so much so that because of it, he wound up meeting his wife, Arielle Ford, (godmother to my son, Zak) and that trip is actually responsible for Gay and Mike meeting as well!

To hear Gay share a REALLY cool story about meeting the “king” of Togo, Africa in an elevator in Cairo, Egypt, listen now! Talk about a great real-life event that would make an awesome movie that ANYone would want to watch! You’ll also learn about more books and movies that inspired both of them to take Big Leaps and can help you do the same. If you prefer video, click here to watch the episode on YouTube!