Why You Love Being Lied to and Conned 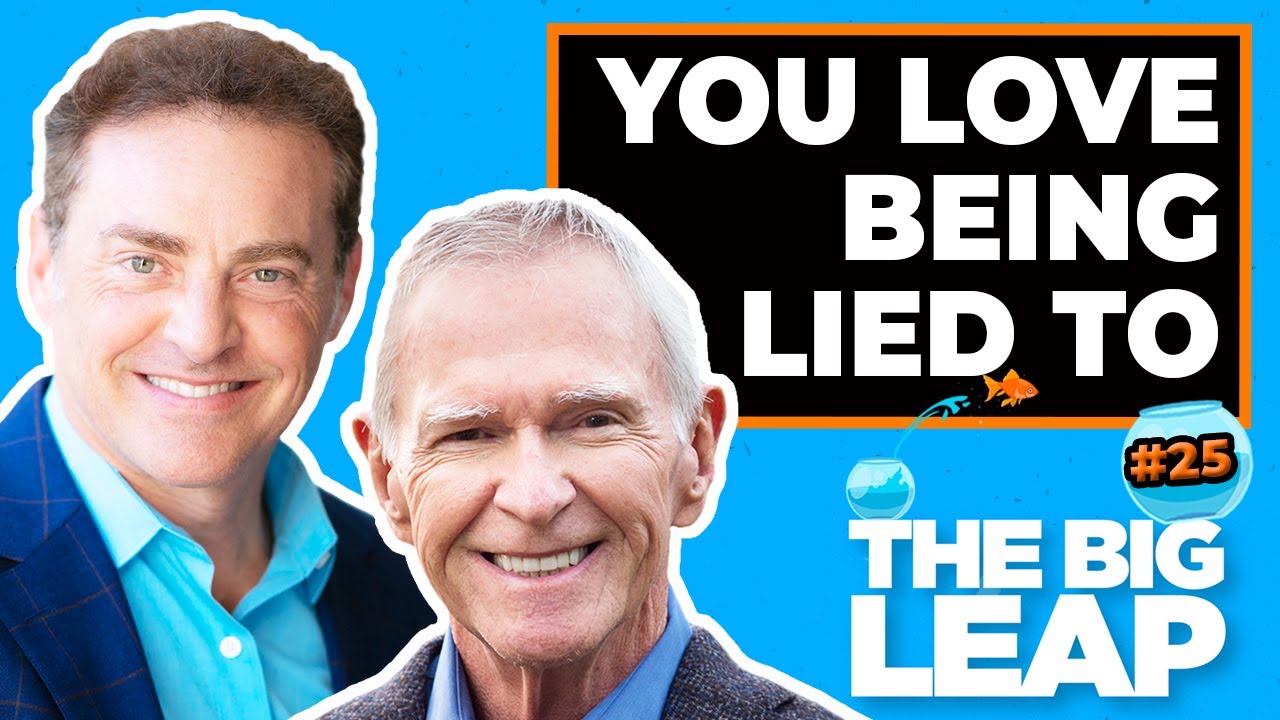 This might sound harsh but… WE KNOW you love being lied to.

How can we say that with confidence?

Because things like Nxivm, Scientology, politics, elections, cults, and SOCIAL MEDIA all exist and thrive in our world today.

But WHY?! Why is it that human beings love being lied to so much?
What is it about us that makes us want to believe things that aren't true?

Today we’re diving deep into this absolutely fascinating subject about the human psyche and why we’re constantly looking for the easy way out by believing in (sometimes outlandish) lies and allowing ourselves to be controlled and manipulated by others.

This is an awesome episode. Gay and Mike had a blast with this subject.

One of the things that bother Mike sometimes about podcasting is the notion of being “authentic.” He knows just how important it is to be authentic and have deep, meaningful conversations but sometimes he catches himself performing instead.

The god’s honest truth is that he's afraid of revealing too much or that he won't be liked or he'll lose an audience but in reality, the fastest way to grow a great audience is by being super deep and authentic. Bottom line… it’s scary and HARD to let your guard down, be real, be open, be authentic and THAT contributes to why so many of us allow ourselves to be lied to and conned even though we know deep down, something isn’t right. It’s easier to believe the lies.

Gay recalls a situation a few years back when he was contacted by Kripalu (the famous yoga and health center). Their guru had gotten involved in some sexual improprieties with other members of the organization and ran off with millions of dollars leaving the place in a real mess. Gay, along with a couple of other therapists, were invited to come and work with the community of about 150 people.

They were extremely traumatized because they had been living inside this lie. The Guru had not only conducted these improprieties, but he also asked members not to talk about it. A few of the women who were involved were sworn to silence but finally, one couldn't take it anymore and came forward.

What Gay really started wondering after meeting with these bright, yoga-practicing, super healthy people was why is it that a group of people like this would create such a situation in their lives? So he asked them that very question, but sadly, what was left behind was a group of people that were suddenly thrown out into the real world not knowing what to do because they had been living in this contained community.

A psychologist named Leon Festinger, back in the 60s and early 70s, at Stanford University, did a number of studies on cults. At the time, there was a big “end of the world” cult in the area so Festinger had a few of his graduate students, join and infiltrate the cult. The day came when the cult leader said the world was going to end and obviously, it didn’t but when it was announced that the leader was wrong, about a third of the members quit and the rest became even stronger, true believers. So what happened with the true believers? Why did their faith become stronger? Why wasn’t their illusion shattered?

In Mike's opinion, the number one thing that drives followers in religion, politics, social media, etc, is HOPE. People will buy hope forever. Leaders oftentimes do what they do for sex, money, power, whatever, but it's also the fear of loss of hope.

Here's what we have found. When our identities get involved we'll stop at nothing to protect our own self-perception of who we think we are and that includes managing and maintaining a lie. When someone falls into the hope sold by an individual and they get their own identity wrapped up into it, and they have propagated a lie, that lie becomes part of their identity as well.

Mike thinks in the case of the re-election, Trump followers, for example, are so invested that their identities are invested too. (Think about how many people who have cut ties with family members and friends because of it.) As soon as your identity is wrapped up in something, you've both, lost power and power can be gained over you and that's where manipulation comes in.

Ultimately what it comes down to is a real hunger for some kind of identity. For the person who doesn't feel any organically, most likely, somewhere along the line you were traumatized or interfered with in some way, so you dissociate yourself with your body. If you don't do something about that process of dissociating, you allow yourself to be manipulated.

Listen now to hear more incredible stories about cults, politicians, lawyers, and celebrities PLUS Gay and Mike exploring the age-old question, “who am I?” Don’t miss this episode, and remember to share it with someone you love!