Would You Rather be Lucky or Work Hard(er)? 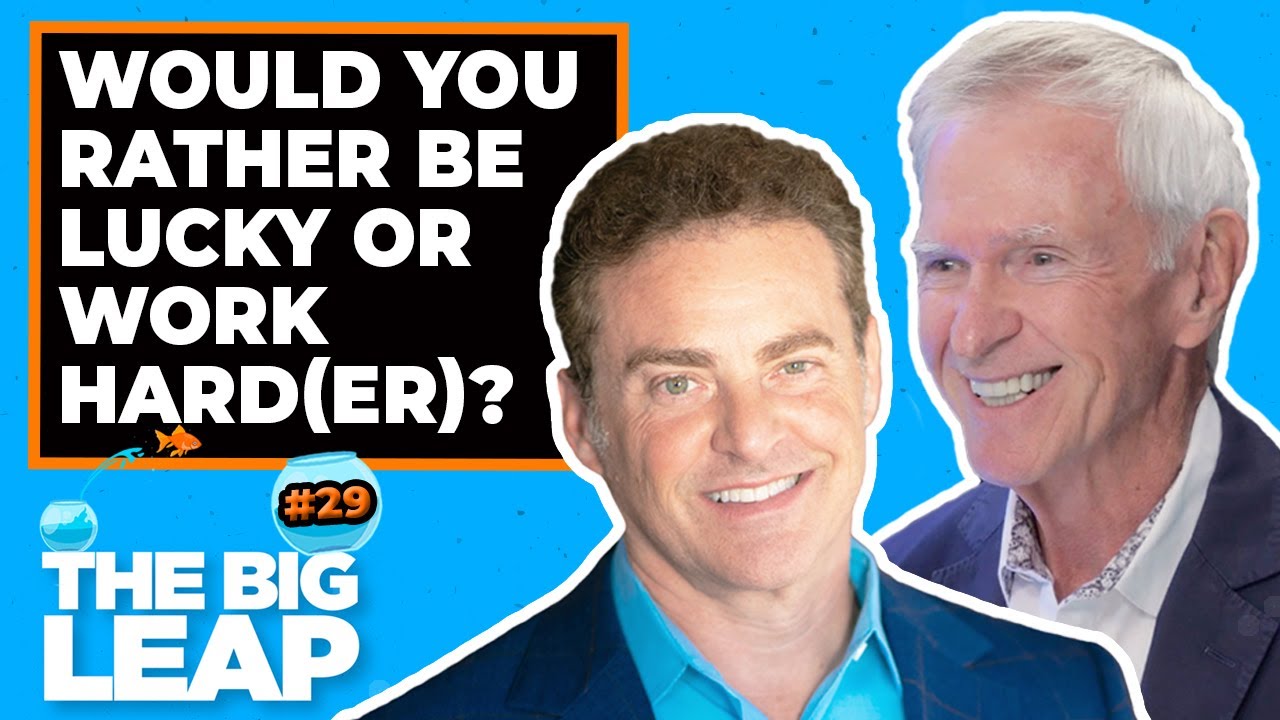 Do you believe that some people are born lucky? (You know who we're talking about… the people who “good things” seem to happen to… ALL the time.)

Is it better to be lucky or work hard?

Today we’ll answer those questions and give you some great examples of how to relinquish control and allow luck to show up in your life, plus a different way of thinking about what luck really is.

We're not talking about gambling luck. It’s more about opening yourself up to manifesting opportunities, receiving abundance and getting out of your own way.

Gay has been an “accumulator or wisdom” since he was a kid. Over the years he’s been fortunate enough to have incredible business mentors he’s been able to learn from. One of whom was Jirka Rysavy, the creator of Gaia. (the major media company that Gay sold his business, Spiritual Cinema Circle to when it got too big for him to run.) One day he asked Jirka what he learned from his many years of entrepreneurial life?

Gay and Mike are both big believers in work / home “balance” but you need to realize that if you're going to go into business for yourself, you’ll require a passion that transcends anything else. Without it, it's very hard to succeed. Almost impossible.

What Gay and Mike want people to do is learn how to steer the boat from the back. If you can learn to ease up and be more open to positive energy and the support that's being given to you in any moment, then you’ll have a much easier way to do the work, even when it looks hard.

Last week Mike went out for a long walk with a good friend of his, Darren Hardy. He was the editor of Success Magazine for a long time and the most disciplined, diligent human beings Mike's ever known. Just like Mike, he freely admits that 99% of the time, if it does not have meaning, purpose and an outcome, he does NOT do it.

Darren says he's reached the point where he doesn't have an upper rung to go after any more. He has more money than he'll ever be able to spend, he's accomplished more than he ever thought possible and he's distilled the wisdom and knowledge of some of the most successful people in the world. (i.e. Steve Jobs and Oprah Winfrey)

To this day he writes all of his own copy and webinars, etc. He is a machine. He’s spent his entire life crafting and creating a massive empire and his internal chemicals fire and reward him for that extraordinary work.

When Mike looks at Darren, he couldn’t possibly say for a moment that his success is a result of luck and doubts he'd say so either. Any “right place, right time” was a matter of figuring out how to strategically get there and not wasting a second. When he focused on it, it happened. He’s absolutely obsessed with success, achievement and meaning.

Other super successful people spend a lot of time pondering, manifesting, meditating in order to create an atmosphere where luck enters in and they open themselves up to the unknown.

Darren exists in the known. He would rather have precise predictability than any unknown. His life has been about eliminating unknowns.

Gay on the other hand has spent much of his life manifesting luck, being in the right place at the right time and creating situations where luck shows up, as if on command. He makes himself open to being supported by unknown forces in the universe.

There’s much more to this big idea… To hear more strategies on relinquishing control and allowing luck into your life listen now and make sure to watch us on YouTube. Don’t forget to share this episode with the people you love!