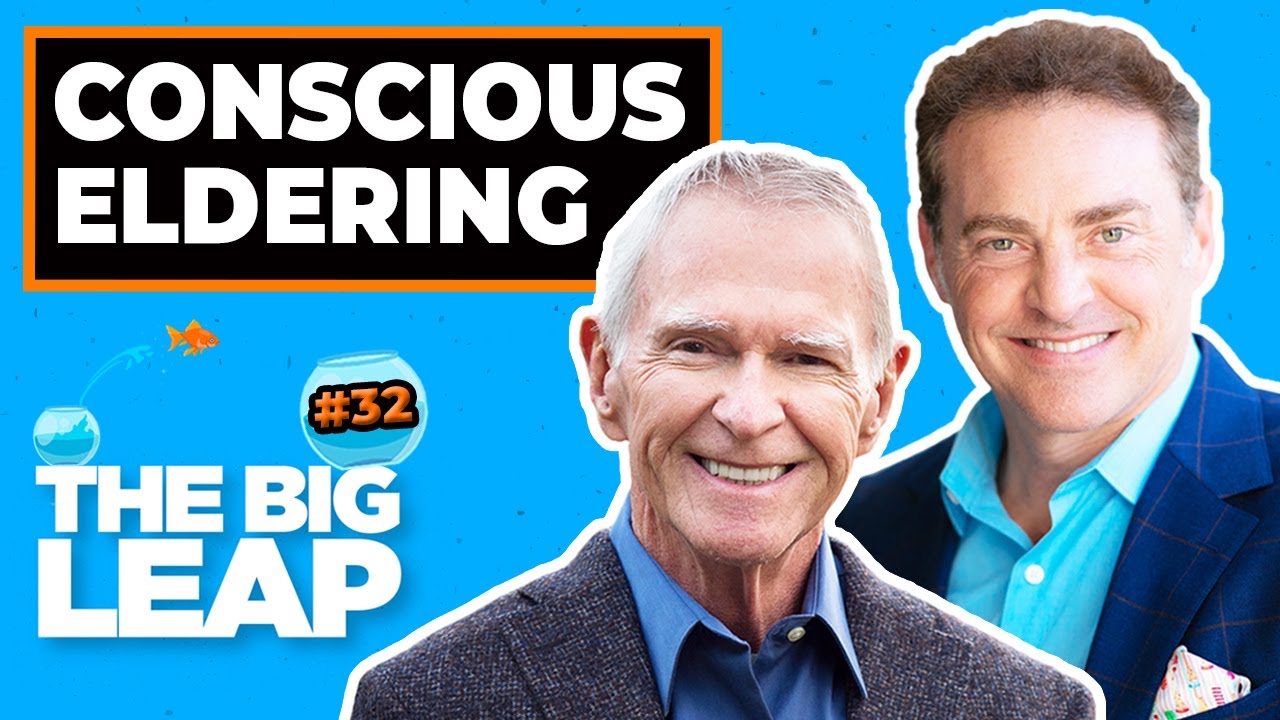 No one likes the thought of getting old.

What if we told you it doesn’t need to go down like that?
… that there was a way to feel 20 years younger than your chronological age?
… that sex could be BETTER in your 70’s than it was in your 30’s?

These sound like really big, (maybe unrealistic) claims but Gay and Mike have both experienced these things (well, Mike's not in his 70’s) and today they’re going to share their secrets with you.

They’ll talk about the art of the “breathgasm,” what “conscious eldering” is all about and transcendent sex in your 70s. They’ll also cover dealing with regrets, something called Gyrokinesis and a magical substance Mike found that is SUPER effective for getting rid of your aches and pains and helping you feel and look younger – and it’s cheap!

If this all sounds exciting or if it scares the hell out of you, you're going to love this episode. Keep listening or watch us on YouTube.

Gay is 75 years old and has been engaged in conscious living and conscious loving his entire adult life. When he turned 50, he started thinking about what he could do to have a great elderly life and it's working like a dream.

What is conscious eldering?

When Gay was 50 he heard an interview with the Dalai Lama, who was 58 at the time. The Dalai Lama said that he was beginning to turn more of his attention to his death and to making the most of what he had left.

Up until that point, Gay hadn't given any thought to his death consciously, so he started thinking about how he wanted his elder years to be and came up with a broad framework that he and his wife Katie, sat down and talked about.

They made the decision to refine their lives so that we were only doing what they most loved to do and were only doing it with the people they loved the most. At the time, they were running a big operation so they started refining and “right-sizing” their business and life. Getting rid of a big office building, selling a few of their homes, a lot of their “stuff,” and employing less people, therefore reducing their stress levels immensely.

Gay went out of his way to create a life and job that he would never want to retire from. His life is now full only of things he most loves to do.

He says every breath you take after 50 is a choice between creativity or stagnation. When you get into your 50s, you've probably got a pretty good life. You're making money, you have great friends, and a home, but if you don't make the jump to what's regeneratively creative in you, then life won’t be pretty in your 60s and 70s. The GOOD NEWS is that he knows people can feel happy, vibrant, creative and alive into their 80s because he’s seen it with his own eyes.

Mike is 54 years old right now and he's definitely noticing aches and pains when he wakes up that he didn't notice before and he doesn't like them. It can be a massive distraction that affects his focus and ability to deliver value to his clients. Historically, these things get worse with time but he has discovered the miracle of peptides.

Mike broke his collarbone 12 weeks ago and was in the most unbelievable pain. He was doing research on pain management and discovered peptides. Peptides are basically little proteins that get activated when they’re injected or injested. We've got tons and tons of peptides but they activate different parts of your body. Mike found one called BPC 157 that has pretty much relieved ALL of his pain AND healed his 30 year old gut issues. It’s miraculous.

There are tons of other peptides that help with many different health issues. Mike has found that the injections are the best option. You can buy them online and they’re really cheap. He buys his from a place called www.peptidesciences.com (FYI, he's am not a doctor, nor does he play one on TV 😉This is his own personal experience)

Transcendent sex in your 70’s.

Gay says, “If you think sex was good in your 40s 50s and 60s, just wait till you hit your 70s!” He and Katie have had some of the most transcendent sexual experiences they've ever had since they've been in their 70s.

“Just know that there are treasures to happen later on in your life that I had no idea were available.” – Gay Hendricks

This revelation caught Gay and Katie by surprise. They’ve been together for 42 years and always had great sex, but what's been happening in their 70s, he says is a direct result of all the breathing and body work they do.

Gay has written several books on breathing including, (what was at one time,) the world's best selling breathing book. He developed a breathing program and began teaching it in his seminars. He believes that the breath work he and Katie have done prepared them for what is happening in their 70s.

Several years ago they started having these things happen when they made love that he calls “breathgasms.” In other words their breath will synergize together and then they'll amplify and get bigger and bigger. It’s different from a physical orgasm and that was a surprise. When the first breathgasm happened, he didn't think much of it. Then it happened again and again and now it happens every time.

To hear the rest of the juicy detail about breathgasms and transcendent sex in your 70’s listen now and watch on YouTube. Trust us… you won’t regret it!