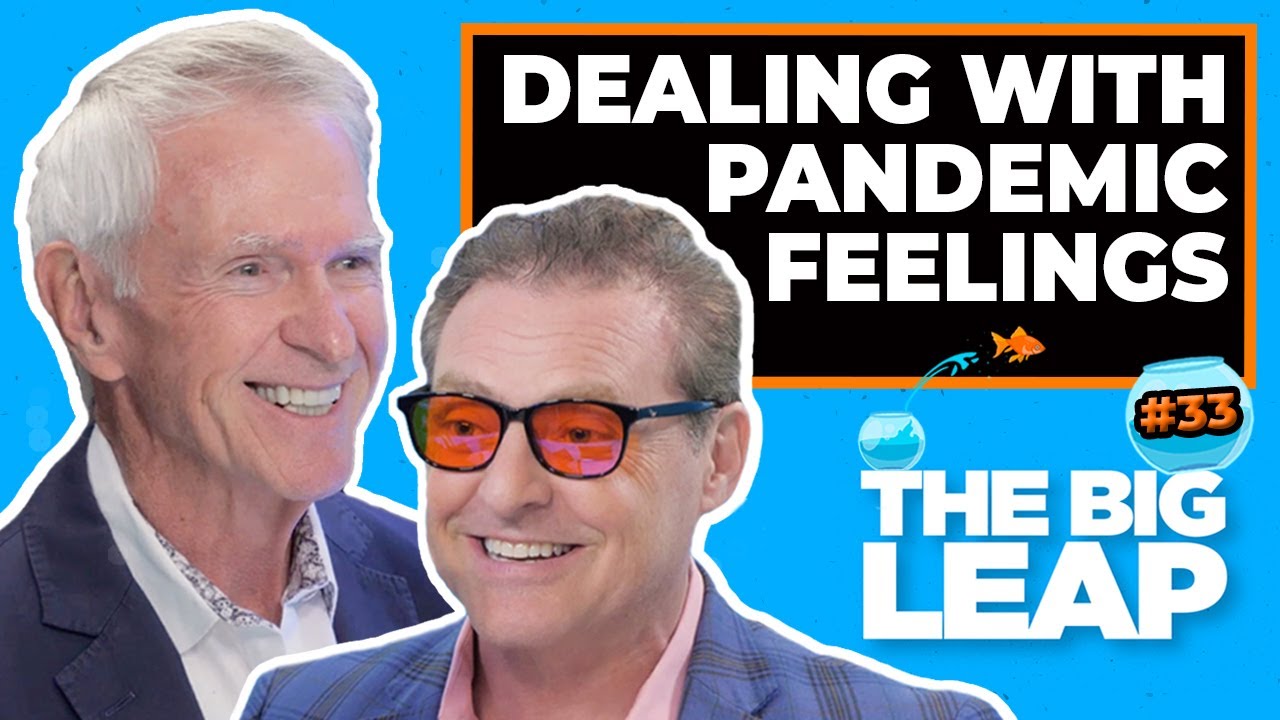 Can you believe it’s been a YEAR since the start of the pandemic and lock-downs?

We’ve all heard the devastating stories about loss but if you’ve been paying attention, you would have noticed a lot of uplifting stories too.

Stories about growth and change and opportunities that never would have happened without this past year.

We think one of the most difficult things we’ve ALL had to deal with during these unprecedented times, are the emotions that came up.

This episode takes a deep dive into the feelings that came up last year and what you can do to dive down into them so you rebound with a whole new wave of creativity in your life.

Mike asks Gay for specific techniques and processes you can use right now that will allow you to let things go and be able to stay in a creative space.

Things that will make you a clearer headed person and allow you to get through any pandemic, (whether it is real or imagined.)

This episode is super helpful for anyone, no matter what your situation, so let's go down the path of dealing with pandemic feelings.

Grief and anxiety can be a springboard for creativity. A way to turn what some people perceive as a negative into a positive and looking around… there are many people who've had incredible breakthroughs during the pandemic.

Let’s get something straight first. Mike and Gay are not trying to put a positive spin on anybody's authentic feelings and they don't want to talk anybody out of their feelings.

What they want to do is open up the possibility for talking ourselves into our feelings. The first step is to acknowledge the depths of grief, anxiety, fear and anger. If you can open up to them, acknowledge and feel them, they are direct paths to creative solutions.

We all need to open up to the multitudes of grief, sadness, anger, excitement, joy, everything because ideally, what we want to do is use it as an opportunity to grow into a new level of creativity.

Where a lot of people get stuck is they don't acknowledge the authenticity of their feelings so they operate on top of a whole bunch of stuff that's unexamined and unexplored. Then whatever you create out of that is going to oftentimes bring up the very opposite of what you're trying to create.

The last time there was a major pandemic was the early 1900’s with the Spanish Flu. Millions of people indeed died worldwide. After that, things took a very positive turn in the sense of an explosion of new ideas… hence The Roaring 20’s. (On the other side of that, things went haywire, like the antecedents of what would become Nazi Germany.)

The point they’re getting at is that oftentimes a deep depression is followed by an explosion of outward activity. What they want you to do is use this explosion as an opportunity to enhance your best ideas and use those new ideas to make contributions to the world around you and increase your presence.

Just know that this isn't going to last forever. Everything Is temporary.

This pandemic as a giant pressure cooker. If you had relationship problems, anxiety, or anger before, this was a multiplier and there wasn't a place that you could escape to. You were left with just YOU and possibly a dark underbelly was exposed.

What is the recipe for taking all these negative emotions and converting them into something you can control? How can you create a transformational, Big Leap moment right now?

The prescription is based on what Gay has seen people do to change their lives over the years. Number one is to feel and love what's real instead of trying to change it or pretend it isn't there. Just BE WITH IT and learn to love it as it is. Learning to love your anger, your fear, your grief. Let down the barriers to simply feeling and appreciating it as it is.

This is your side door to the universe. Your way into the creative flow of the universe. Simply let go of all the stuff you don't have control over… especially feelings.

A lot of times what happens when we're growing up as we learn faulty ways of trying to control our feelings. Either by screwing down the lid on them and pretending they aren't there or by acting them out in dramatic ways instead of simply being with them, appreciating them and communicating about them in a straightforward way.

Worldwide, people need to come down out of their heads and experience what's real in their bodies and hearts.

To hear about some of the ways that Gay and Mike have coped over the last year, including a SUPER helpful, physical technique Gay shows Mike that you can use NOW to help you LET GO of the difficult things, tune in here and watch them on YouTube then share it with everyone you love. ❤️