The Secret to Building Trust 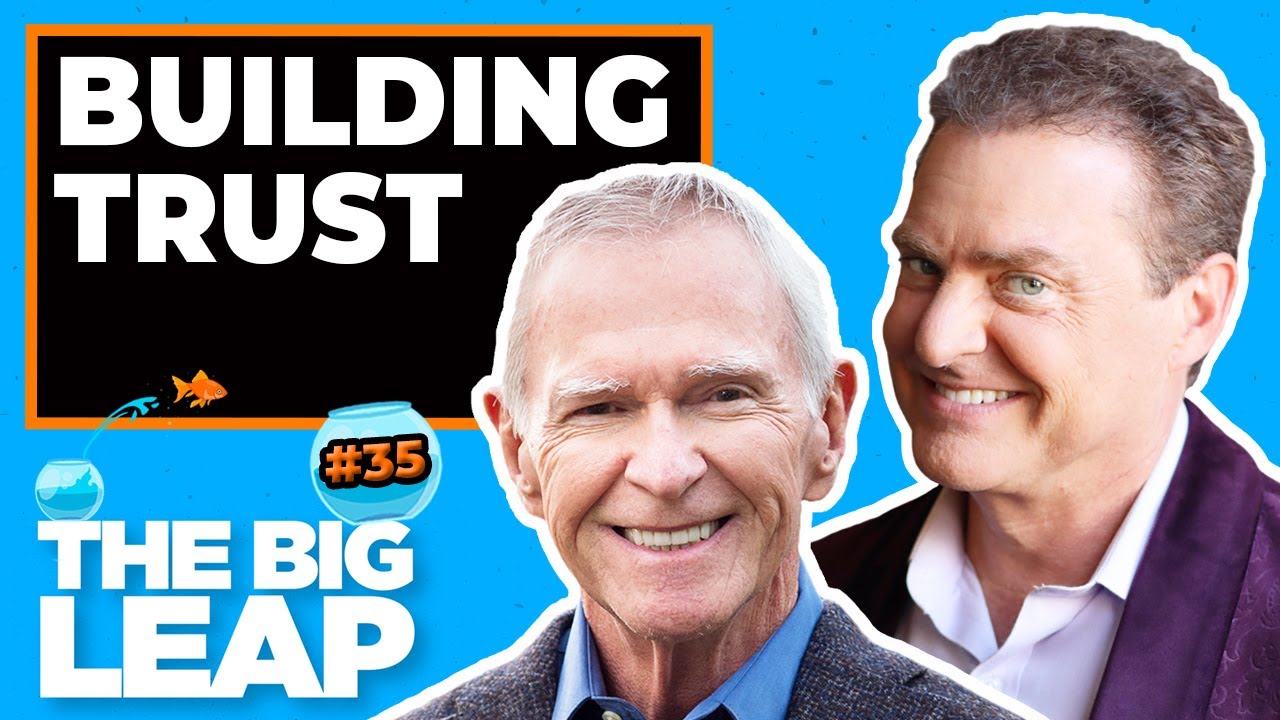 One of THE most valuable commodities a person could ever possess is TRUST.

You can’t put a price tag on it. It’s absolutely invaluable.

Every human being needs to know how to build it and keep it… in both their personal and business relationships.

Gay and Mike are going to deconstruct building trust in all of those areas. What prevents someone from trusting? What blocks trust? How to reclaim trust when you've lost it.

They’ll do some deep thinking about managing our trust traumas and demons, and what prevents us from asking for what we really want and think we deserve.

Through the lens of marketing, the hardest thing to get from anyone these days is their attention and a commitment of time. In order to get both… you've got to earn your potential clients trust.

This episode is FULL of super valuable information that will benefit all areas of your life so do yourself a favor and make sure to listen or watch us on YouTube.

Human beings go through a developmental stage of being very vulnerable in the first six months of life before we can learn to crawl and move around on our own in the world.

Margaret Mahler's point is that throughout life, we create the same situations in our grown up relationships. Oftentimes we have trust issues, because in the process of two people getting closer to each other, one or both people have done something that betrays the trust of the other person.

Over the past 40 years Gay and his wife Katie have been working with couples who need relationship help. Recently they worked with a couple where the man had an affair and it ruined their trust when his wife found out, but in the course of working through things, she revealed that she also had an affair at one point and that started a cycle that had serious ramifications.

The only way that Gay and Katie found to REALLY heal when there's been a breakdown of trust is through absolute open-hearted honesty.

We can all sense when things aren't going well in relationships. We can feel when the vibrations are off and a lot of us unfortunately deal with that by tuning out those vibrations and pretending things are okay or by digging into them in a way that alienates the other person.

It's one of the big challenges of life. To openly acknowledge who you are, what you are and what you're feeling in the most vulnerable way possible. That's what human beings need to do to reestablish trust.

Who do we trust? Do we trust the CDC? The government? The police?

Gay says that our solution always has to be open hearted honesty, with ourselves and the people we care about.

From a marketers lens, Mike has his own mechanism for how he's built trust. He's always done his very best to operate with the highest degree of integrity because he never wants anyone to say, “Oh, you manipulative son-of-a-gun, I saw what you did there.” He wants to be able to say that everything he put out there came from a genuine place and he didn't seek to manipulate or trick anyone to do anything.

Mike knows the rules of engagement in order to gain trust and move towards an offer, so he can't say that he doesn't have that in mind, but he's always upfront about it first.

One of the favorite things Mike ever did onstage years ago was when he said, “I‘m going to give you the most valuable thing you could ever receive from me in this marketing conference. I'm going to teach you how to make a product and how to sell it. Then I'm going to make an offer and a whole bunch of you are going to jump up and run to the back of the room before I even tell you the price because the bonus alone, far exceeds the value of the product.”

Then he asked, “how many of you want to see that by show of hands?”

Everyone raised their hand. Mike proceeded to deliver on his promise. Before his “close” and announcing the price, he showed a great bonus. People stood up, ran to the back of the room to buy the product. In less than an hour, he sold over $500,000 worth of products. The audience was amazed (to be honest, so was he).

He was really honest upfront and he explained everything, every step of the way. He would say “here's what I'm doing and you're probably feeling this, raise your hand if you're experiencing this.” There were a lot of suggestions embedded, but it wasn't intended to be manipulative. He would say, “I know what you're feeling because it's designed that way.” We're mechanical beings. There are certain things that make us trust and honestly is one of them.

Mike truly believes the only way people come into a state of deep trust is by showing up reliably. Trust is built over time, by showing up and being there and being present. Even if you're physically there and not present, people pick up on that.

There’s much more to the story than this – and lots of “nuance” in the stories Gay and Mike share.

Listen or Watch to hear more ways that you can connect deeply with people in your life and business and build the most satisfying and unbreakable trust. It’s one of those episodes you’re going to want to share with everyone you know. ❤️