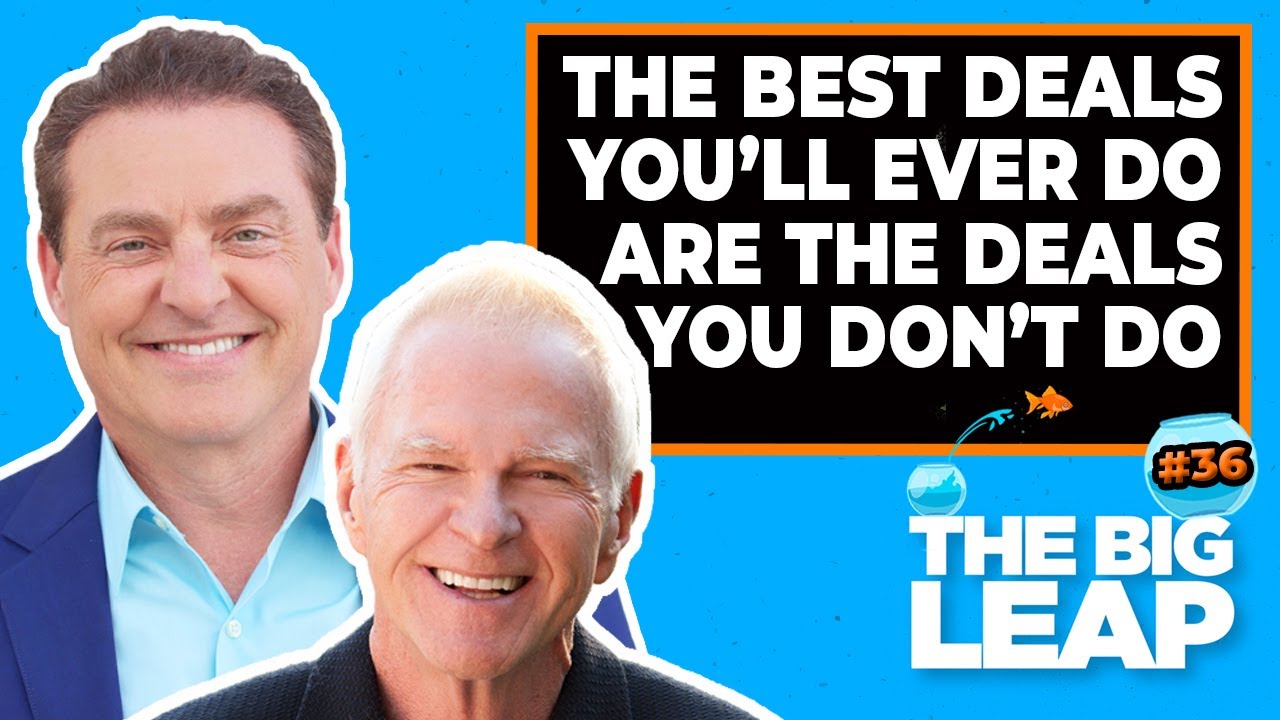 We all have regrets…

When you look back on your life, are there opportunities you wish you had taken…. Or NOT taken, whether it was personal or business?

Some of those missed opportunities may have been blessings in disguise because some of the best deals you will ever do are the deals you don't do.

Gay and Mike will explain the concept completely, plus Gay shares a story about one of the deals he did when he was in the movie business, and how one big thing turned to a giant mistake.

You’ll learn how to read your body and mind to reprogram your brain to start paying attention to your “failure points”, even before they happen to prevent yourself a lot of aggravation in the future.

In the “Big Leap” book, Gay talks about “the upper limit problem,” which is our tendency to sabotage ourselves when things start going better than we know how to handle. Especially if we haven't built a structure for how to have more money, or fame. If those things happen, often times we find a way to push ourselves back down.

When Gay first heard the term, “some of the best deals you'll ever do, are the deals you don't do,” from his entrepreneur friend, Jerry Jones, he was 40 years old and had just started flexing his entrepreneurial muscles.

At the time he had done deals that overrode his internal system because the money looked good or he felt that working with a colleague would be okay. Those situations turned out to be disastrous.

He learned the hard way and often reminds people that in business, hiring mistakes are one of the most costly things you can do but never forget. Sometimes the mistake is hiring YOU to do something that you're not good at. A lot of times, creative entrepreneurs do things that are not in their “zone of genius” once the business starts succeeding.

In retrospect, Gay has made colossal mistakes and done things he wishes he hadn’t.

A few years back, Gay had a very successful movie business called “The Spiritual Cinema Circle.” They were thriving, had investors and were making great money. Gay got the bright idea to start a book publishing company. It wasn’t as successful as the movie business and it got Gay thinking “what is it we do when we are successful that distracts us?”

He discovered one of the things is we launch another project rather than going ALL IN on the one we already have. Instead of putting all of our attention into where you are right now. Don't try to do two (or more) things at once. You have to know what your limitations are. Generally speaking, the only way to find that out is by consulting the “Holy Temple” of your body. Figure out what lights you up and makes you feel good and what bums you out. Your body will ALWAYS tell you that information.

In other words, when you contort yourself to accommodate and do stuff that is out of character, that's when you get yourself in trouble.

Mike knows without a doubt about himself that his best creativity happens when he's collaborating and performing. If 99% of what he does is creating new things, innovating and collaborating by performing. It needs to be deadline driven. That's where he's going to do his very, very best.

The bottom line is… KNOW THYSELF. Get out there, do a bunch of work and figure it out.

Gay and Mike highly recommend taking a couple of personality tests like the Kolbe and Enneagram. They will really help you figure out your personality type so you can focus on doing the thing in YOUR zone of genius.

Having some internal standards is really useful. For example, Gay had a person come to him with a well funded, great idea but there were some integrity issues. Little things. He was derogatory towards Gay’s wife and was rough with one of his cats. Those things stuck with Gay so he decided to decline, even though the money was great, the project was great, and it was an area he really cared about.

Later on he was glad he didn't get involved because it crashed and burned.

The key thing for whatever you're doing, is to find out what your internal references are, that go off and trigger you not to do something or to do something. That information is all there… you just have to learn how to listen to it.

To hear more methods to help you avoid self sabotage and build your self awareness and success, including stories about how these methods have helped some of our celebrity clients and friends, tune in and Watch. PLUS we come up with a great idea for a future episode that involves interviewing celebrities that’s going to be fantastic.