How Creative People Can Use NFTs and Cryptocurrency to Earn Money 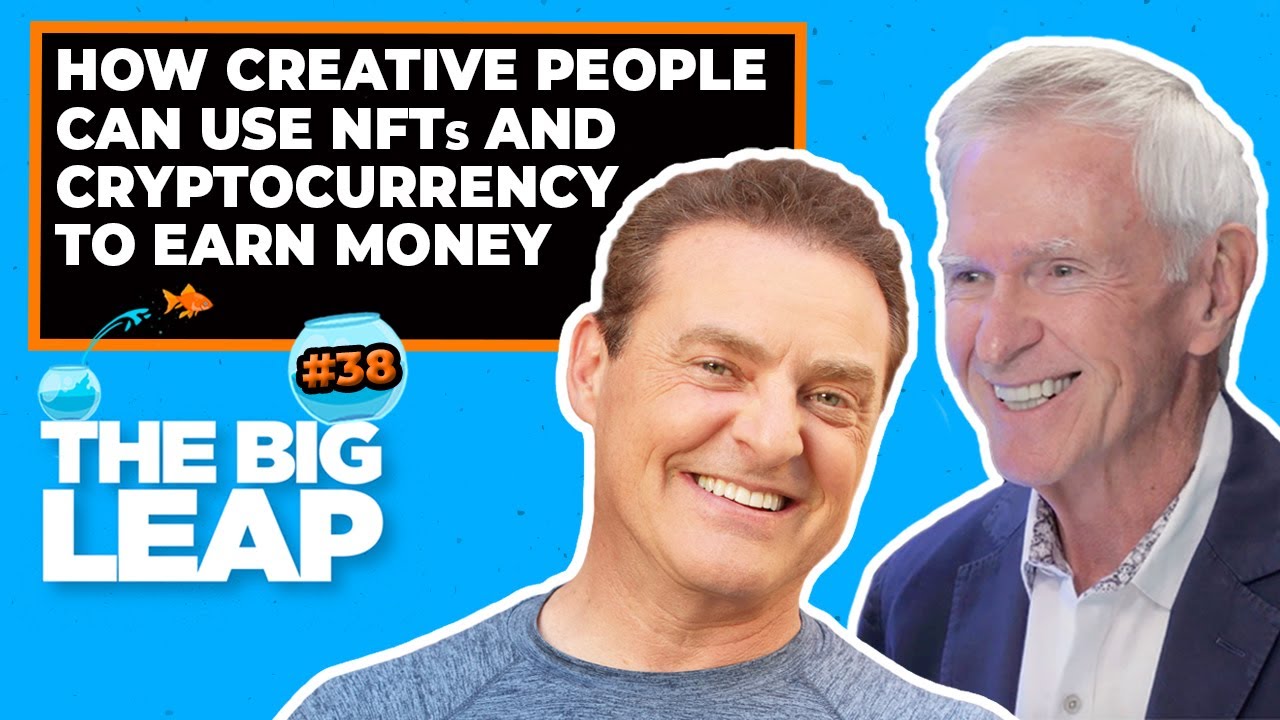 Does stuff like this scare the hell out of you?
Are they just a COMPLETE mystery?

Are you under the impression that only techies are capable of understanding and profiting from them?

We're here to tell you that’s just not true.

Today, Gay and Mike are are going explain NFTs and Cryptocurrency in super simple terms and show you some really interesting ways they can be used.

This episode is all about how creative people like artists, writers and musicians can use them to earn money, monetize ideas and intellectual property without getting hurt in the process.

Mike will give you practical, tactical, real world examples AND Gay and Mike will actually invent an NFT together and talk about how it can be used. They’re really excited about this new evolution of the way human beings can be creative.

Whether you end up buying cryptocurrency or not, after listening to or watching this, we promise you’ll walk away with a whole new way of thinking.

(of course, we’re not giving financial or investment advice. We’re not financial advisors and don’t pretend to be on TV or the Internet…blah blah blah)

Let’s start with the basics. What exactly is cryptocurrency?

Cryptocurrency is a mechanism of storing wealth and being able to exchange it quickly. Bitcoin is the most popular one. You can buy Bitcoin and store it in a digital wallet, it's protected and then you can convert it back into fiat cash.

Unlike gold, where you want to move it, it's going to be super heavy. Cryptocurrency is virtual. It's not necessarily tied to traditional fiat currencies.

We're used to the US dollar being the most trusted currency in the world because it's standardized, fungible and existed for a long time where cryptocurrency is brand new. As of right now, it's hovering around $38,000 per Bitcoin. When we recorded this, it was at $60,000. Folks who bought it in the beginning and held on to it are multimillionaires right now.

The way everything is tracked as to whether or not someone owns it or not, is using something called the blockchain, which is a distributed ledger. It is encrypted data that says when you buy it, it belongs to you. That ledger gets replicated to LOTS of computers, making it very difficult to forge.

What about NFTs? What are they? It stands for “non-fungible token” and basically means a way of verifying or validating that something is an original.

Here’s a real life example. Mike has a friend who recently acquired the last known unreleased video of a very famous musical artist who died some time ago. They’ve packaged the video as an NFT.

What they’re doing is setting up what are known as smart contracts. The smart contract says that every time this video gets watched, the owners get paid a couple of pennies plus they’re allocating a certain percentage of that to the trust of the deceased artist's family.

NFTs are going to change the way music and books generate money for creators.

Here’s another example. Let’s say there's a very famous musical artist that is going to be doing a big concert. They could create NFTs of digital art that will be plastered all over the stage during the concert.

Instead of going to a traditional organization that would fund the venue they could go out to the fans and say, “you can buy a piece of art for a certain amount of money, and you're going to own a percentage of the concert.” When people buy tickets to the concert, you'll get a certain percentage of that. In addition, your art will be visible during the entire concert, you will own that and be able to do whatever you want with it when it ends.

There is an enormous amount of power and wealth being created in cryptocurrency. Gay says, “remember where Bitcoin and NFTs come from which is the inexhaustible, infinite supply of human creative intelligence so make sure you take a stand for the evolution and growth of your creative intelligence today.”

The possibilities for cryptocurrency and NFTs are endless and I am TRULY EXCITED about the future. To hear Gay and Mike spontaneously create their own NFT LIVE on the spot, listen or watch.

Bitcoin! If you don't have bitcoin or a crypto wallet, here’s how to set one up and get some for free. Tuning Up Your Receiver

How Creative People Can Use NFTs and Cryptocurrency to Earn Money

The Secret to Building Trust

Meta Marketing: How to Ask for What You Fear the Most

How to Create Profitable Collaborations

How to Use Artificial Intelligence to Enhance your Creativity and Income

Would You Rather be Lucky or Work Hard(er)?