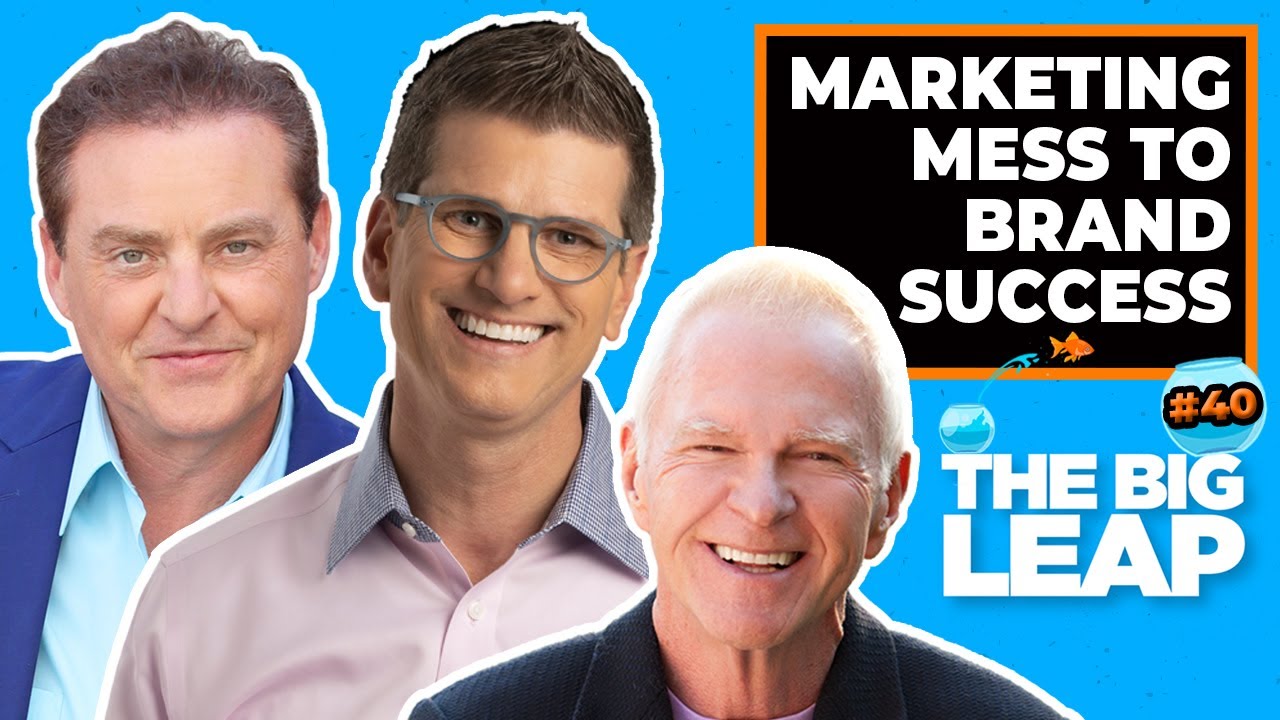 Have you ever messed up, (whether it’s in your personal or business life) and thought, “oh geez, I really screwed up. I have NO idea how I’m going to recover?!”

Gay and Mike have both created quite a few messes in our business lives that we’ve managed to clean up.

Today they're going to talk about how to turn colossal messes into successes.

They have a special guest, Scott Jeffrey Miller, author of a brand new book called Marketing Mess to Brand Success.

He’s an expert at turning messes into success and FILLED with all kinds of great ideas.

There are 30 challenges that he talks about in the book. One of them is about storytelling and he has a great story about an interview he did with Matthew McConaughey. You absolutely want to listen to and watch this episode.

Gay said reading Scott’s book was the highlight of his week. He was amazed at how much of Scott’s heart and mind he put into the book.

Scott worked at Franklin Covey for a long time. He's had the opportunity to see every imaginable mess, both internally and with his own clients. Right now he’s in the middle of one of the hardest things in the world to do: his own book launch.

He was the Chief Marketing Officer for Franklin Covey, (where they sold 50 million copies of their books) so he’s been through 30 book launches over the last decade. “What worked last year isn't working this year and what's working this year isn't going to work next year.”

He says the key to a book launch right now is being extremely agile, writing a great book and taking responsibility for all the marketing. (Because the publisher isn’t going to do it for you)

His biggest advice is never rest on your laurels.

As they always do with our guests, Gay and Mike asked Scott what some of his “Big Leaps” that got him to where he is today. Here’s what he had to say:

“Quitting a seven figure job in the middle of a pandemic and going out on my own as an entrepreneur. That's the biggest leap I've ever taken.”

Last November, after a year of negotiation with the board and the CEO, he left his shares on the table, and left the company amicably. He’s still an ambassador for the company and hosts their podcast but he left a seven figure job, opened up his own brand, and never looked back.

He wasn't raised to take risks, in fact the complete opposite. Go to school, then college and become an engineer, doctor or lawyer. Scot never did that. He was always a salesperson / marketer / author.

He’s not quite sure what gave him the courage to be a risk taker other than always wanting more. His father always said he wasn't worried about him because he had “champagne taste on a beer budget,” so he was always confident he would figure it out. Plus he had a great work ethic instilled by parents.

He realized young that “if it's gonna be, it's up to me,” and that's been his motto for most of his life.

Scott’s new book, Marketing Mess to Brand Success is a really great one and it includes a set of cards that have the chapters on them. It’s such a great marketing tool!

You’re going to have to Tune in and Watch the whole episode to hear Scott go into detail about Mike's favorite challenges PLUS he’ll tell you his favorites and WHY. This book and the challenges are a major game changer and you’re not going to want to miss the story about Matthew McConaughey!