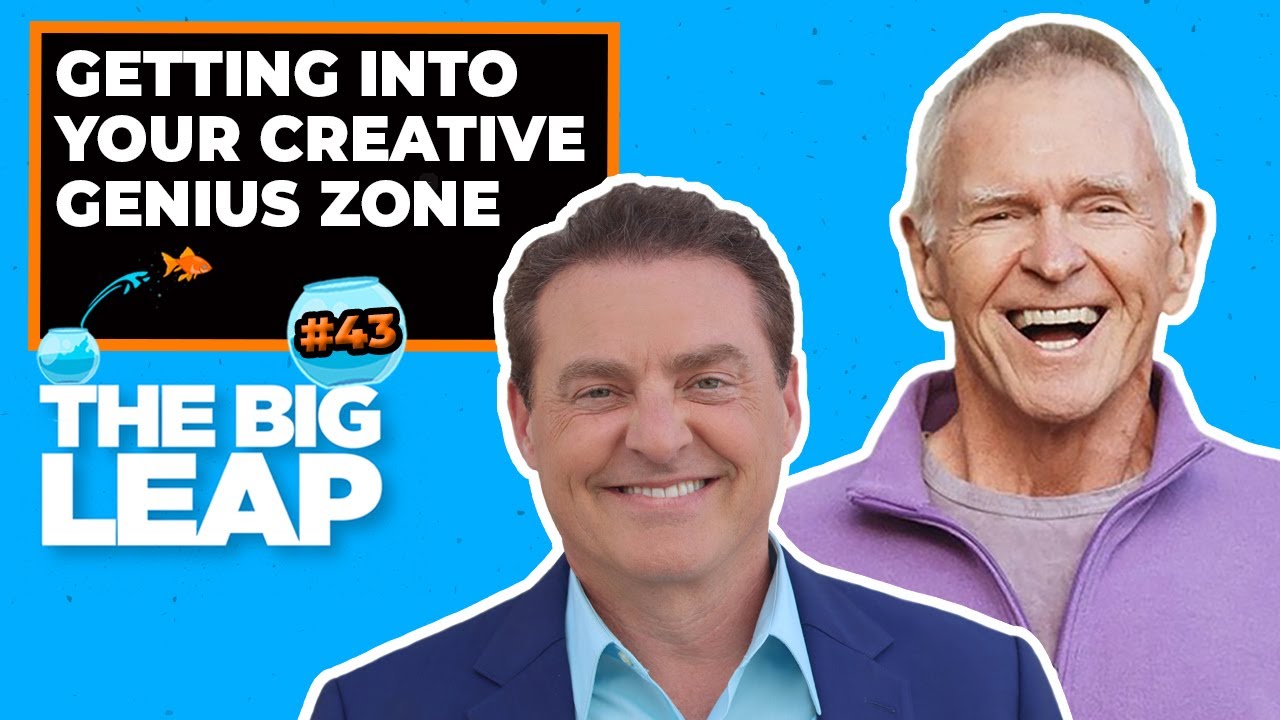 How do you GET and STAY inside your creative Genius Zone?

Gay and Mike will show you how to do it effortlessly so you can stay there 24 hours a day, 7 days a week, 365 days a year.

They'll also share the distinction between true creativity and ordinary creativity, plus Gay has a unique way to access creativity through something he calls “the genius move.”

This is a continuation of the last episode with the release of Gay’s new book, “The Genius Zone.”

If you haven’t picked up your copy yet, what are you waiting for? You’ll get a free 15-minute affirmation audio meditation. Then listen to or watch this week’s episode for more insights on getting into your creative genius zone.

After working with 1000’s of different people over the years, Gay has discovered one thing that really surprises him.

We get dozens if not hundreds of opportunities on a daily basis to open up to our genius.

In the Big Leap he calls this the “upper limit problem.” A lot of people shorten it to ULP.

An ULO is like a sign that says “speed bump, slow down” rather than plowing right over it at 60 miles an hour and rattling your teeth.

We get little moments in life, which look like upper limits, but they're really invitations to let your genius shine through.

It might sound trite to say to BE IN THE NOW, but a lot of times we get into situations with certain expectations and those expectations either get met or they don’t. Either way you go in with a certain energy that doesn't allow the open spaciousness of possibility where you could have something different occur.

Gay goes after making the most of every individual moment so that if you have an interaction with somebody that you're not looking forward to, for example, the thing to do is to open up and wonder, “What am I expecting here? What am I afraid is going to happen?”

The moment you can do that rather than going into a situation with fixed expectations, you open up a whole new way of relating to the world.

Another important point in the new book is Gay’s distinction between true creativity and ordinary creativity.

From the time Gay was 19 until he was 23, he was a disc jockey at a top 40 radio station. The whole time he worked there he was using his creativity but using it to serve someone else's vision.

He made good money but he couldn't wait to get out of a job where other people were telling him what to do. He loves serving his own vision.

The moment you begin to say “what do I want to create in the world, how do I want to employ my genius for my own goals and visions?” That's the magic moment. Even entertaining those questions begins to send a new surge of creative energy through your body.

In his travels, one thing he’s noticed is that people everywhere are suffering because they don't have an outlet for their creativity. They’re suffering just as much in Beverly Hills as they are in Berlin or Bombay.

Everywhere in the world, it’s exactly the same kind of suffering… not being open on a daily basis to your creative genius.

One of the legacies that Gay wants to be known for is helping people open up a conversation with themselves about what they really love to do and how could they express that in the world.

He’s been around the world 37 times and he’s seen a lot of people who are not doing that because of economic circumstances or because they're one of 28 children.

There's so much suffering on our planet because of lack of connection to our creative expression and Gay wants to make sure that he’s spoken to that passionately during his time here on earth.

Listen to the whole episode to hear about three more important moves in the book.

One is a new way to access creativity by asking yourself something Gay calls a WONDER QUESTION. The other he calls the GENIUS MOVE. (This is something he asks people to spend an hour mastering and it’s so much easier than you might think.) We end the episode with something he calls the POWER OF COMPLETIONS and you’re not going to want to miss it!

We’ll also talk about an opportunity we call “The Big Leap Experience.” It’s an opportunity for people to get into their Genius Zone and learn the moves that allow them to stay there for 90 days.

This is SO exciting because in all the years that Gay has been working on The Big Leap and Genius Zone he’s never done a big training or mastermind on it.

Gay and Mike have been working on this training together for the last year.

It's going to require people to take a stand for themselves because to put yourself in that kind of an environment is extremely transformative. It's profound and we've both got a lot of attention going into it.

This the first and last time that Gay will be doing something like this in this format. It’s a ONE TIME ONLY EVENT.