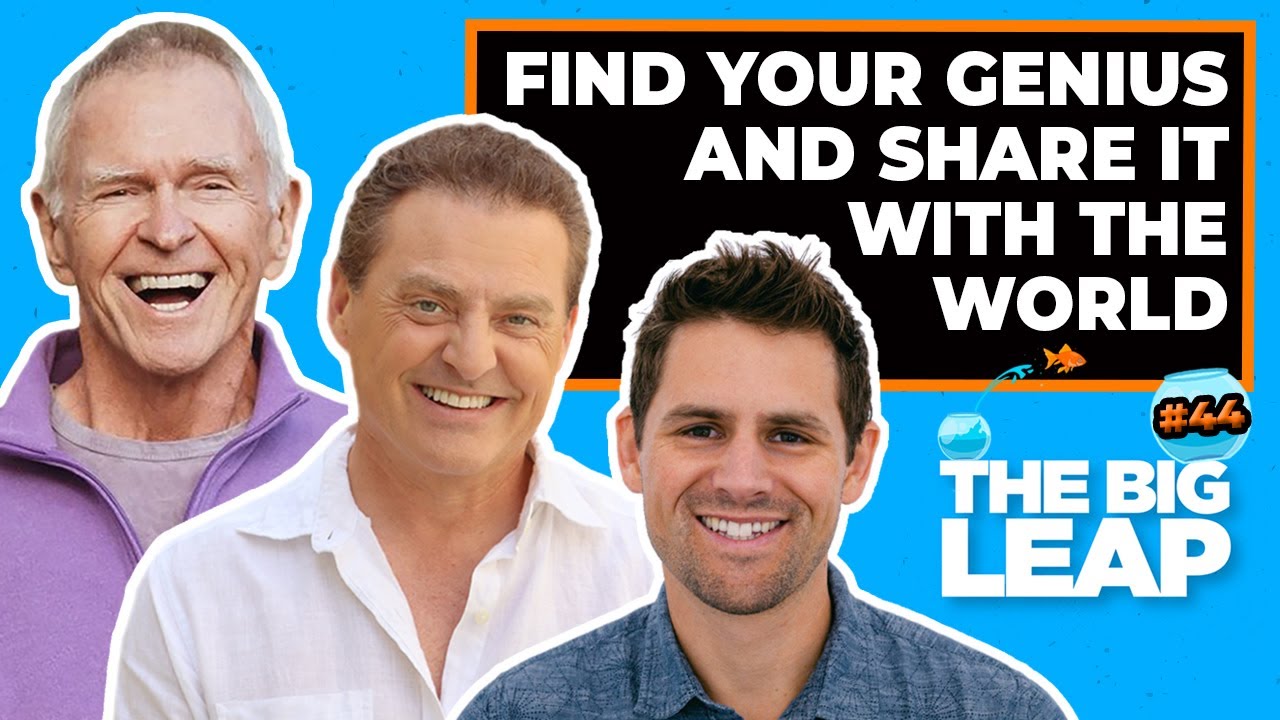 The world wants YOUR unique genius!

The sooner you figure out your GENIUS ZONE and get it into the world, the happier you’ll be.

Today's guest will help guide you on your Genius Zone journey – he did it..

It’s a unique product that can CHANGE YOUR STATE OF MIND.

Gay and Mike both have one and it’s a life changing device.

They'll talk about consciousness, entrepreneurship, Big Leap lessons, operating inside your Genius Zone and Scott tells you how to get the attention of mentors and stand out.

And Scott will share how the Hapbee works (it’s very cool – and has improved Mike's deep sleep patterns dramatically).

Listen or watch to find out more about this radical, revolutionary device that actually lets you CHOOSE how you feel.

The simplest way to explain the Hapbee is that it’s “digitized drugs.”

The technology is 18 years in the making with $80 million invested, 38 patents, and 15 doctors and scientists on the team.

There are certain types of compounds in the world that are called non-covalent, meaning they’re free ranging electrons in the body. There's no chemical bond.

Some physical drugs are covalent and need to be physically present to create the chemical bond to change the protein receptor shape to cause an effect.

But what if you could trigger a stimulant, suppressant or hormone, using the free range electrons?

Imagine if you could resonate in your body the same magnetic signatures of caffeine, melatonin or CBD. Things that help you sleep better, focus, be more productive, relax or alleviate lower back pain.

Einstein had the idea first then came Richard Fineman and quantum physics. He had the string theory that talked about all things being connected on a subatomic level through noise and sound.

They said, what if we could record the electrostatic surface potential of certain compounds and play it back on your body? What would happen?

Scientists found a technology called magnetometers that the Navy has been using for decades. They’re the world's most powerful electromagnetic frequency recorders used to figure out where nuclear subs are within a 2000 mile radius.

So they bought a few back in the day. It wasn’t a business decision, it was more science nerds having fun and the only reason Scott found out about it was because his uncle did their taxes in 2005.

People like Mike Butters and Dr. Ferguson were geeking out working on faraday cages, seeing if they could get a reading and magnetic signature of certain compounds and that's how it started.

Scott invested in the technology 15 years ago because they were trying to help cure cancer (and still are,) but he didn't necessarily want it for the technology.

He thought, what if there's an easy way to go to the consumer market as a general wellness product?

The board of the parent company said we're not app builders or consumer product people, we're scientists. So Scott got to work building it out as a wireless product that connects to an app and plays a host of different signals that can help you be more engaged, productive, calm, relieved or have better sleep.

They’ve sold 5000 Hapbees since launching last October and people are LOVING IT.

That’s not to say that they haven’t had their fair share of bumps and bruises along the way.

When they first launched, they had a bunch of trolls come out of the woodwork saying things like “there's no way this works, where's your science, this is crap!” They got hit really hard and their competitors paid trolls to make YouTube videos against them.

Over the last year they’ve been backing the science, showing the high end reviews and studies that they’ve done internally and externally and getting it out to the public.

Since then there’s been a HUGE interest and tons of celebrity endorsements. They’re now partnering with people like Dr. Gundry, Dr. Drew, Dr. Molly Maloof and Dr. Z just to name a few.

People like Ben Greenfield, Dave Asprey, Suzy Batiz, Joe Polish, Dan Sullivan and Mike are BIG fans that have given public testimonials about the effectiveness of the Hapbee.

Tune in or watch the whole episode to hear about how Scott has successfully built several businesses and why having great MENTORS and belonging to like-minded, entrepreneurial groups and masterminds have been integral to his success.

Make sure to visit www.Hapbee.com/BigLeap to get a discount on your own Hapbee.