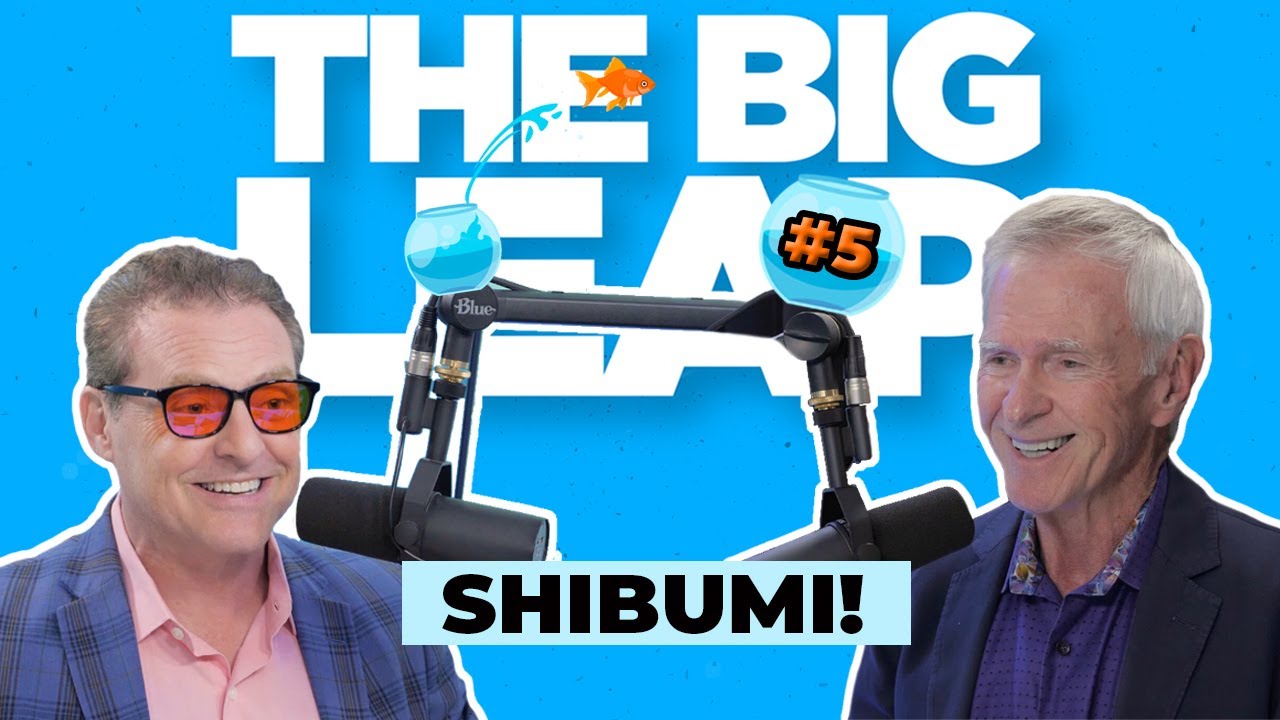 What if money flowed to you so easily and often that it almost seemed unfair? What if you had such an amazing relationship with money that you were able to give it away freely without ever having to even THINK about what your checking account balance was?

It’s 100% possible but there’s something you need to understand first. Money is not evil or only for the greedy, the 1% or those born with a trust fund. Money and wealth is a GOOD thing that’s meant for EVERYone and meant to be shared.

BUT WHAT IF WE TOLD YOU THAT YOU ARE THE ONE BLOCKING YOUR OWN WEALTH FROM COMING TO YOU?

This week on The Big Leap podcast we’re going to cover our personal wealth building strategies plus how much your attitude and inner energy creates your NET worth as well as your SELF worth.

Gay Hendricks and Mike Koenigs will get into some transformational moments that we’ve had around money, the notion of “the seasons of money,” slowing down to create opportunities for income and wealth and a few philosophies that have enabled me to completely change my investing strategies.

Plus Gay talks about how to go from poor to rich without ever having the budget or a business plan based his own experiences.

Money is like religion or marriage or any other BIG THING that has a vast amount of energy bound up in it. People either define themselves by resisting that energy or opening up to it.

Gay shared a memory about when he finally opened up to the energy of money.

He caught himself (in his head) having the same conversation about money that he heard growing up. He was about 35 years old at the time and had the realization that he was replaying the same old story of, “are we going to have enough money to get through to the end of the month.” A conversation that was always around when he was a kid. A month didn’t go by without somebody having that conversation out loud.

Once he made the realization he changed the conversation. He wanted a different life and a better relationship with money.

Gay and Mike have both had several breakthroughs when it comes to money. For Mike it sometimes felt like he was drowning or barely keeping a float because he was blowing through it SO fast. He didn’t have good saving skills and certainly no investing skills.

To make things worse, he was raised in the environment of “perform a task and get paid,” versus wealth accumulation and an investor mentality and more importantly, the notion of never creating a job for yourself when it comes to earning money. (A big concept they'll also cover on this episode)

But once Mike finally got his head above water it was a euphoric, dream like state. He felt ALIVE for what felt like the first time!

Tune in to this episode to hear the rest of their conversation and learn more about the energy of money and how to make it work for YOU.