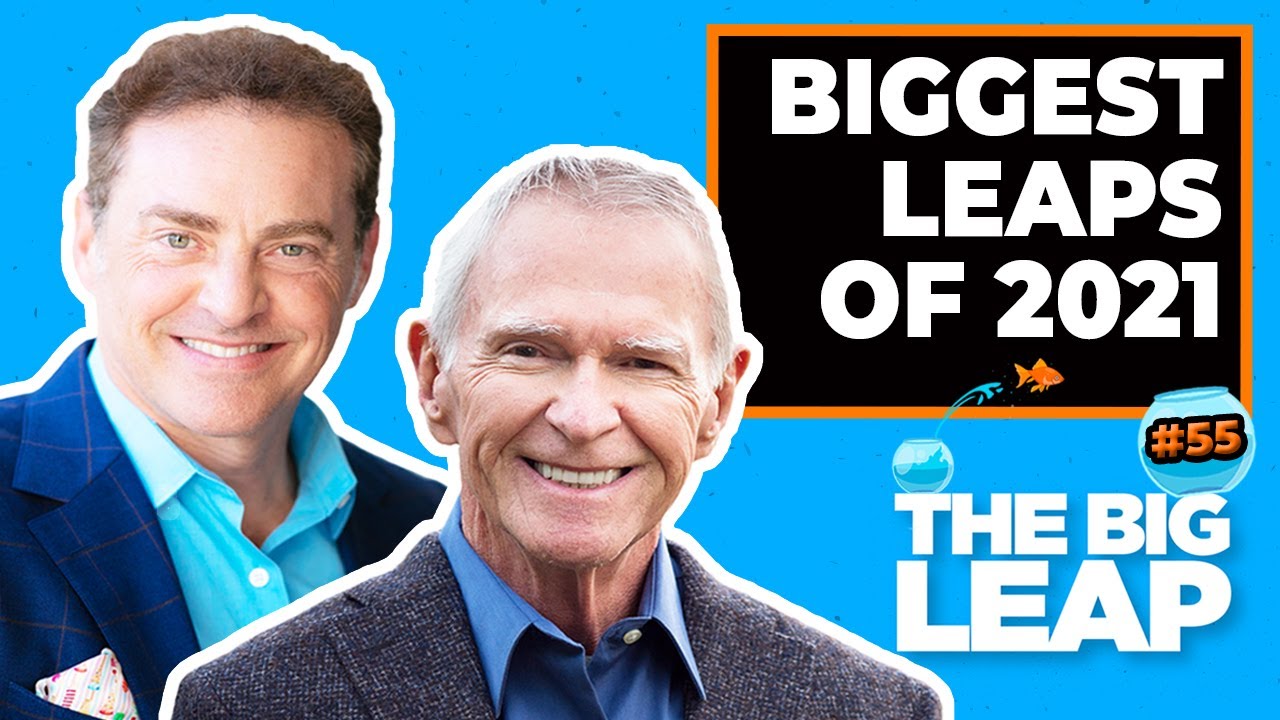 For Gay and Mike, the last 2 years have been the most profound times of growth and learning in their lives.

More importantly they invite YOU to reflect on what your Biggest Leaps were in 2021 and what you're up for in the next year.

Mike would love for you to reach out and share what YOUR Biggest Leaps in 2021 were, and what Big Leaps you’re planning for 2022.

This is a SUPER fun episode, so get comfy, grab your favorite beverage and watch or listen now. Mike guarantees you’ll be inspired.

Let’s start with some of Gay’s Biggest Leaps from 2021:

Gay celebrated his 40th wedding anniversary last year with his wife, Katie, by taking trips to both New York City and Maui.

He also had an unexpected Big Leap in the form of what the investing world calls “a liquidity event,” which is when a big investment you’ve made gets bought or sold by a major firm, resulting in a cash windfall.

Gay and his wife, Katie, live in Ojai, California, and about 15 years ago they heard about a company called Ojai Energy Systems that was building an environmentally friendly battery. They loved the idea, so they invested.

A few months ago, a big conglomerate made a bid on Ojai Energy Systems. Next thing you know, they get an email asking to buy ALL of their stock at a great price. Unexpected liquidity event = a big financial windfall.

As a rule, Gay and Katie try to invest in anything promising that's local. One of their missions is to help local entrepreneurs get a foothold in the world. Some have been flops, but some have gone on to be super successful.

For instance, they invested in the Ojai company, KeVita (the popular Kombucha drink) years ago when they were just starting out. KeVita recently sold to Pepsi, and Gay was able to reap the benefits of another liquidity event.

Gay and Katie are now in their 70’s. They made their fortune a long time ago and now they’re having fun giving their money away. They created a grant, helping 380 needy families in their area, and made a donation to the local toy shop so kids get gift certificates for awesome toys.

Gay says this was one of the most satisfying things they did all year long.

Gay has been writing his memoir and a few mystery novels which are his greatest CREATIVE leap of 2021 that are continuing into 2022. Both are flowing super easily, but you’ll have to tune into the whole episode to hear about these in more detail…

As for Mike… He did things a little differently in 2021…

Mike and his wife, Vivian, celebrated their 20th anniversary last year. They decided to focus on as much “happily ever after” as possible.

It’s a question Mike asks himself all the time… “What does happily ever after look like?”

For Mike, an aggravation-free life = a happily ever after life. That means he says NO to anything that will cause him any aggravation whatsoever.

Mike had a VERY big opportunity (that could have been very profitable) come to him last year that he decided NOT to do because he absolutely knew it would’ve caused him NOTHING but aggravation.

In the end, it just wasn’t worth it. Wrong people. Wrong place. Wrong thing.

Mike also had his first significant liquidity event last year with a couple more in motion. It’s exciting because there are things they invested in over 15 years ago that are now paying off.

One of the things Mike is most excited about is the property they bought in Mexico on a giant strawberry field. He's building a recording studio there and calling it “Strawberry Fields Studios.” (He's always loved the Beatles.) They're also building a regenerative farm so they can be both food and land independent.

This was a huge leap for them. In the past, Mike has avoided real estate like the plague because it's always felt overwhelming and scary.

Another Big Leap is with their only child, Zak. He is now in college at CU Boulder. Vivian and Mike are empty-nesters and it’s been a pretty big change.

So what were your Big Leaps in 2021 and what do you expect your Big Leaps to be in 2022? Go ahead and send Mike a message. He will personally see EVERY response and he really wants to know!