How To Get Un-Stuck 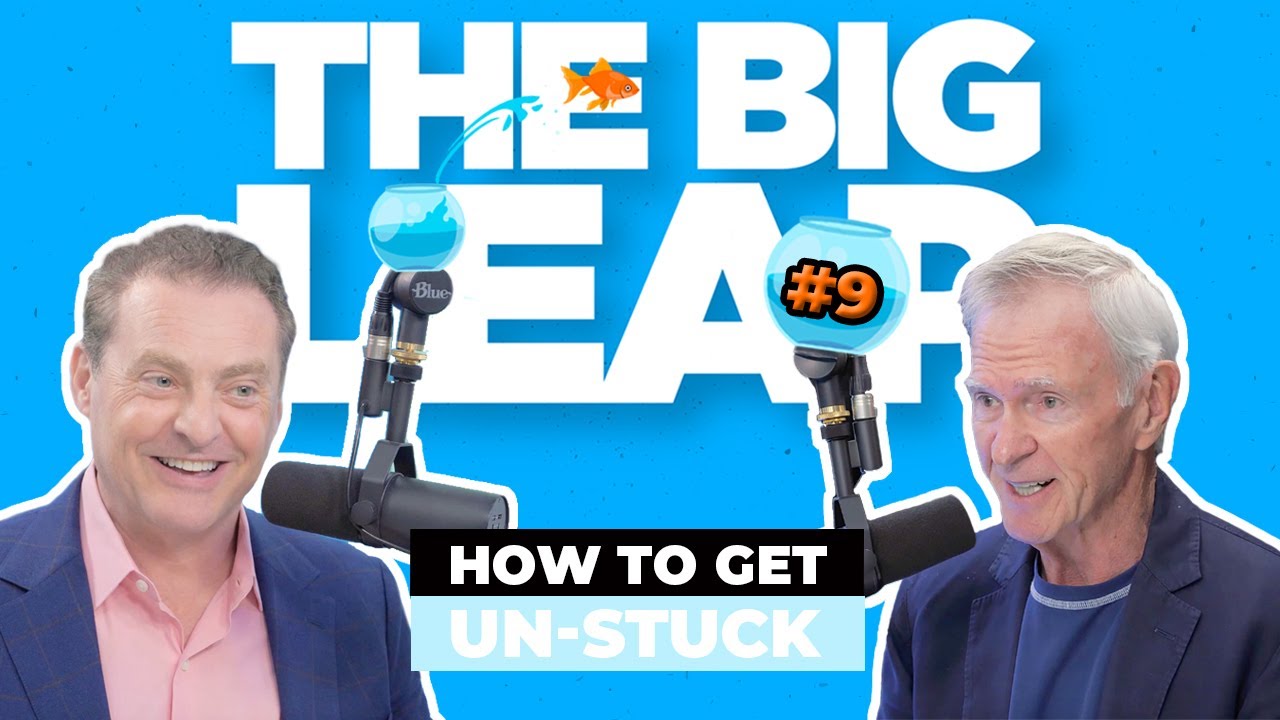 Do you feel STUCK in your life, business or relationships?

What does it REALLY mean to be stuck?

What if FEAR was actually the source of your stuckness?

What if you had a super simple map that could help you get out of the fear and “stuck” mode SUPER quickly?

On this episode of The Big Leap, Gay Hendricks and Mike Koenigs get into four types of fear, what they mean and how they keep you in that cyclical, stuck mode.

They’ll also dive deep into the types of being stuck you could be, (one of the most challenging being business-partner stuck, which is a combination of relationship, business and money) AND they’ll share a very practical map that Gay has developed over the last 30-40 years of consulting his massively stuck clients to help them get UN-STUCK.

You'll also learn what Gay calls a “10-second miracle,” which is something you can do in 10-seconds to get things unstuck and moving again. (This is the result of his $25,000 question.)

Something Mike's noticed with a lot of people he's worked with, especially those in their reinvention stages, who have had massive financial and business success, is that they'd rather be stuck than deal with the fear of not being as good as they once were or being compared to others.

One example is Eddie Murphy. (There's a lot of conversation about him right now.) He was at the top of his career, left to have a family, made a bunch of rotten movies and a ton of money but now he's out doing stand-up again. He's been open about the fact that he wishes he would never have stopped stand-up because it's so hard and now he's going to be compared to the way he was at the height of his career.

That's one side of this but the other side is people who are stuck in a place where they just don't pull the trigger. They'd rather stay in a place of confusion, overwhelm, and not going anywhere. We've seen this over and over again from a professional perspective.

A lot of times what you have to do first is simply acknowledge that you're stuck and that's hard to do for a lot of people but it's VERY important. Oftentimes, when you're feeling stuck it's because there are old programs running from way back, one of which is, “I don't deserve to be here.” A lot of people when they're feeling stuck, haven't really chosen to be here.

When you choose to be here that means you're open for business 24 hours a day to whatever needs your attention. A lot of people aren't willing to make that kind of commitment. They'd rather stay in a kind of a low, low grade mediocrity all the time.

Gay recalls an experience he had with a client a few years back who was really stuck. The client was really depressed because things hadn't been going well. He was classically stuck to the point where his voice even sounded slowed down.

Gay talked to him for a while, just listening. When he asked if Gay had any suggestions to help, this is what he said. “On your way home today, were you thinking about everything that’s going wrong?” The client said he had been thinking about all of it for the last couple of days and that's why he called because he couldn't figure out a way to get unstuck.

Gay asked there was anything else that caught his attention on his way home. The client thought it was odd that he asked because when he was coming up to his condo he passed an elderly lady that he knew and lived below him. He noticed that her front porch was cluttered with leaves and it occurred to him he could clean it off, then he forgot about it.

Gay told him to go down stairs right now, take your broom, clean it off, don’t tell her you’re doing it then come back up and talk to me. When he got back on the phone he sounded totally different. He no longer had that slow, depressive sound to it.

He had gotten so caught up in recycling his own negative thoughts over and over again, that he had forgotten to do what Gay calls taking the out breath.

In other words, you get so busy that you never take action out into the world so you recycle your “inner stuff” over and over again and forget to take action in the world where it could make a difference. It’s such a simple thing. By asking him to think about something that he could do for someone else, it popped him out of all of the self-referential thinking that goes into getting stuck.

Tune in to this episode to hear more about Gay’s practical, easy and quick map to getting un-stuck and moving forward again. It’s a super powerful episode!